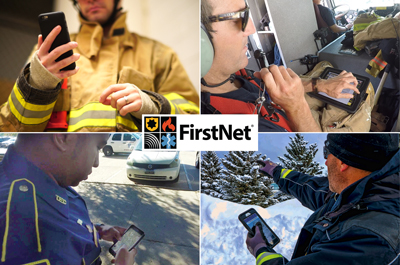 As we all now know, communications during the 9/11 terrorist attack became a vital, absolutely critical component of our reaction and response to this unprecedented national tragedy. And when the first responders experienced communications challenges that day, and even later on in the days that followed, the idea for a single public safety network was born. Now, nearly 18 years later, we’ve been introduced to FirstNet, built by AT&T.

FirstNet is the nation’s first broadband network tailored specifically to meet the needs of local and national public safety officials. Simply put, it will help prioritize public safety messages, enabling first responders summoned in any type of event to save lives and protect property in the communities they serve.

At US Digital Designs, the company is ensuring that it is ready for this extraordinary new system. So, to learn more about FirstNet and its impact on fire station alerting, company representatives sat down and did a “Q & Andy” with product manager Andy MacFarlane, who also happens to be an expert in public safety networking and telecommunications.

Q: Why is FirstNet necessary?

Andy: In the event of a natural disaster—such as an earthquake, hurricane, fire, flooding, etc.—we know that the public network is likely to be overwhelmed. So, dispatch alerts and other critical messages sent through the new FirstNet network will bypass public network traffic and give public safety organizations “first” priority.

And then, at special events such as the Super Bowl, fire, medical and police responders will be given network priority over people using their mobile phones in and around the stadium. FirstNet devices and apps–like USDD’s FSA Mobile App–can serve as either a primary or backup way to communicate station alerting messages to first responders.

Q: What’s AT&T’s role in the development of this new system?

Andy: AT&T won its bid with the U.S. government to implement FirstNet. One of the many things they’re doing is to provide an “Application Ecosystem,” which consists of a mobile device management system. This will help government entities, such as fire agencies, manage their devices and applications. I think this is very good news for some agencies that do not yet have such a system in place. Additionally, AT&T offers a variety of FirstNet-enabled devices and accessories, ranging from purpose-built rugged units to smart devices and tablets.

One of the advantages of the FirstNet system is that it enables public safety customers to get the priority coverage and interoperability they need without sacrificing choice in the devices they require to get the job done. Plus, FirstNet is offering Bring Your Own Device (BYOD) capabilities to support volunteers and other personnel who use their personal devices for public safety work, as long as they meet the applicable requirements.

Q: What does it mean for automated fire station alerting?

Andy: All of US Digital Designs’ Phoenix G2 station alerting customers have a network connection for their station alerting. A growing number of our clients—including Phoenix and Mesa in Arizona and Broward County in Florida—have a data radio system as a means of secondary alerting. Agencies will be able to use wireless networking over the FirstNet system, to achieve reliable and prioritized alerting as either a primary or secondary alerting method. This system will work seamlessly with the Phoenix G2 alerting system.

Andy: Anyone who’s already using our Phoenix G2 FSA Mobile App can continue to do so, and they can also access our app via their FirstNet phone in their App Store. FirstNet devices with the App can offer a backup station alerting method to what your agency offers today. For more information, visit the government website at firstnet.gov or the AT&T Web site at firstnet.com.

Notably, our alerting customers will be able to use their existing and new phones on FirstNet. They can also use our App on FirstNet or other commercial wireless without any changes. We are currently working on making the App available via the FirstNet App Store, but it’s not a prerequisite to enable or use FirstNet devices.