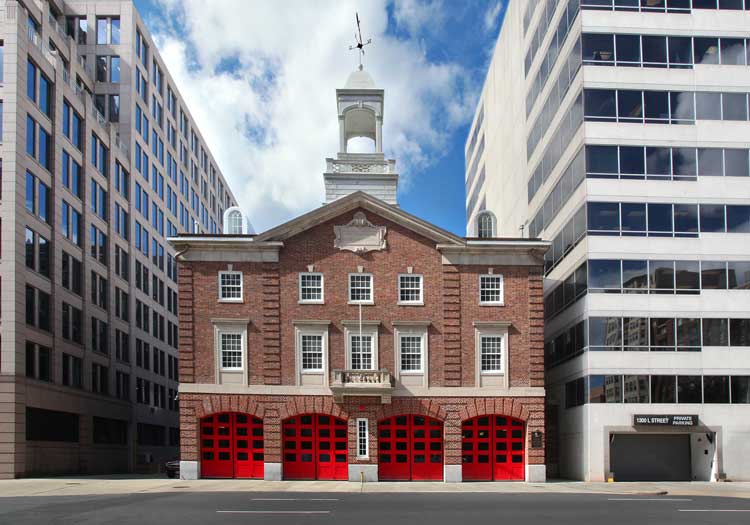 This Washington, D.C. station was designed in 1935 for Engine 16, and is one of the first buildings commissioned by the District of Columbia. The building is three stories with a partial basement. Fire equipment and common spaces were on the first floor, living quarters on the second floor, and the “Fire and Police Clinic” on the third floor. The clinic included medical records storage, doctor’s offices, operatory with recovery area, and dentistry. These facilities treated on-the-job injuries and provided standard medical exams for fire and police department personnel.

In 2016, the District of Columbia began to began planning for renovating Engine 16’s station, including demolishing interior spaces to support a new floorplan design and building systems including mechanical and electrical systems. Lemay Erickson Wilcox Architects handled the design. Work on the exterior of the building, which is listed on the National Register of Historic Places, included widening the bay doors, window and roof replacement, gutters and downspouts, restoration of the cupola, and stabilization of existing masonry elements. In addition to modernizing the facility, the design strived to return the 80-year-old structure to its former glory as a civic landmark. Specific features included recreating and installing the lost original copper weather vane, replacing the copper vaulted dormers, refurbishing the stately cupola, repairing/refi nishing the original terrazzo flooring, repairing the original fire poles and safety cages, stripping/refinishing the existing central stair, and repurposing the existing marble wall and shower panels to use as counter tops. 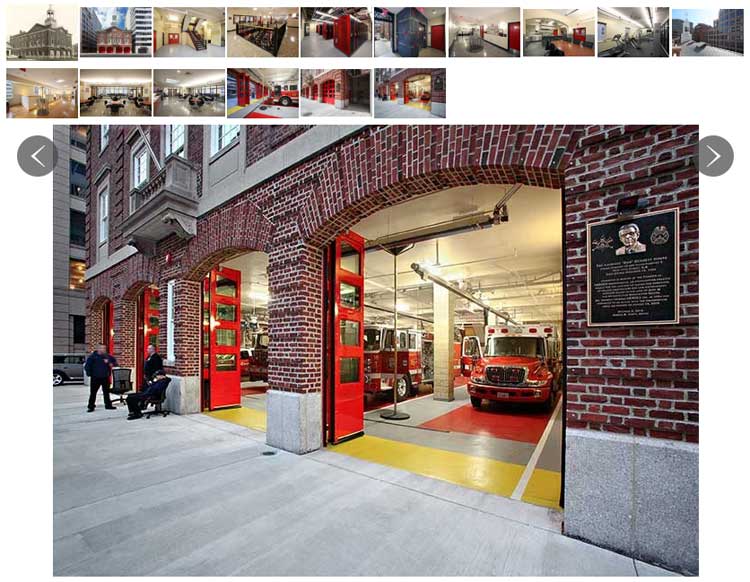 Restoration
In order to increase the width and height of the apparatus bay doors in the ornate masonry façade, the architects removed the exterior brick and granite below a limestone course at the second floor. The granite was saved and cut to fit between the new larger bay openings, and new brick was installed using the old details and coursing to create a cohesive masonry composition that avoids obvious patching of brick, stone, and grout. Prior to removing the old brick and granite, temporary shoring of the front façade was installed to ensure structural stability was maintained while the new, wider doors; brick; and stone were installed.

The central open stair was retained and refurbished. The stairwell was enclosed on the second floor with a glass wall that proudly features a sand-blasted etching of the District of Columbia Fire and Emergency Medical Services Department seal. The capstone to the project was the architect’s decision to reinstall the weather vane, previously lost to history, by refabricating the copper weather vane from the original blueprints.