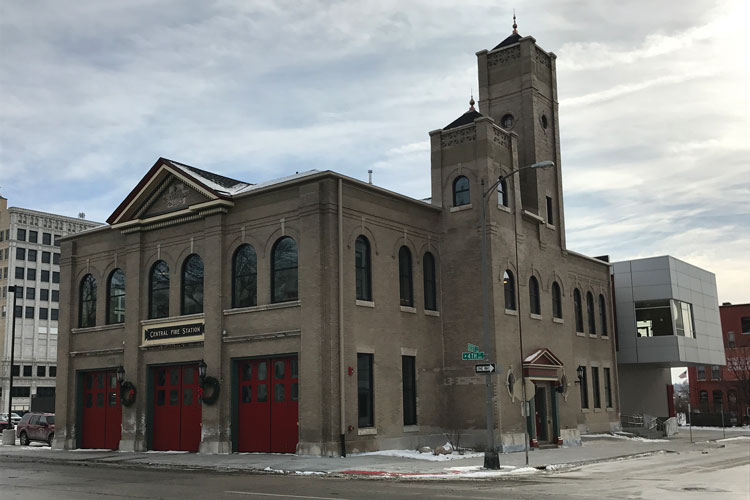 We’ve been covering fire station design at Fire Apparatus & Emergency Equipment for a while now, and through different fire station design conferences, I’ve developed a pretty good list of do’s and don’ts. Some of them I’ve incorporated into my own life outside the firehouse.

One valuable piece of advice was having a comprehensive program document. My wife and I are preparing to expand out home, and unbeknownst to us, some of the lessons I’ve learned through our fire station coverage ended up making the process much smoother.

We haven’t confirmed a builder yet, but we enlisted an architect. We took our time, and when we got to the builder stage, we were ready. While not an official “program document,” what we were able to provide to the builders we’ve interviewed so far was comprehensive enough that both commented that we are way ahead of where many of their customers start. It’s allowing them to come up with a more comprehensive estimate for the work that needs to be performed.

On the station side, which is a far more complex job, having that program document, which is really the road map to completion, is critical. But, while this is important advice, the best piece of advice I received this year was regarding renovating/expanding existing an existing fire station.

The fire company of which I’m a member is also looking at an expansion. Like many fire companies, it’s an expansion we’ve discussed for years. The original 1927 building has been expanded twice, and the most recent edition was “designed to have a second story added.” Trouble is, it was designed for a second story almost 50 years ago–maybe longer. It certainly predates my 26 years in the fire company. The point is, a lot happens to building codes in 50 years.

At one station conference, I approached two architects I’ve worked with often and explained what we were looking to do and both without any prompting said to get a feasibility study done.

Building codes change. Hidden damage exists. There is no way to know for sure that a structure can support a second story without carefully examining what is there now. No one wants to be at the start of a project only to have the builder begin work and say, “We can’t do this for the following 10 reasons.” Save yourself the time and aggravation. Do the feasibility study. It will tell you if what you are looking to do is even possible, and help you develop the road map you’ll need to keep the project running smoothly.

As the new decade begins, fire departments across the country will begin designing new stations and bringing existing structures into the 21st Century. Best of luck to all, and have a safe and happy new year.

CHRIS Mc LOONE, senior editor of Fire Apparatus & Emergency Equipment, is a 26-year veteran of the fire service currently serving as a safety officer and is a former assistant chief with Weldon Fire Company (Glenside, PA). He has served on past apparatus and equipment purchasing committees. He has also held engineering officer positions, where he was responsible for apparatus maintenance and inspection. He has been a writer and editor for more than 20 years.