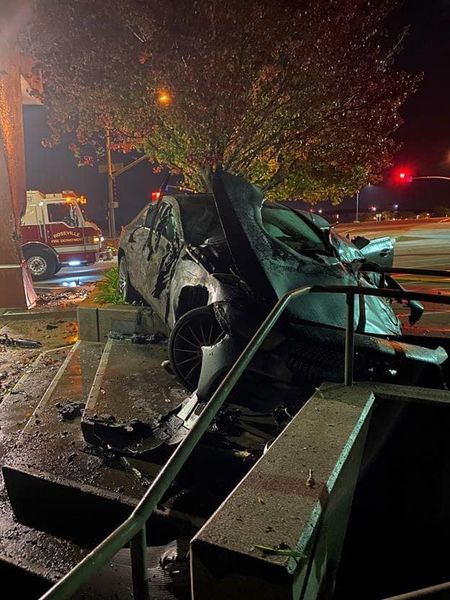 A car driven by suspected driver under the influence crashed and Caught fire at the Roseville Fire Department Station, reports The Sacramento Bee.

Roseville Fire Department posted to Facebook, “Early Saturday morning the crew at Station 6 was awakened when a vehicle struck the station. The Engine 6 crew quickly went out to investigate and found the driver out of the vehicle and the vehicle on fire. Engine 6 called for additional resources and the crew initiated a fire attack on the vehicle and patient care on the driver. The fire was quickly extinguished and the solo occupant of the vehicle was transported to a local hospital. Fire Station 6 sustained structural damage to a column near the front entrance, however the station is still habitable and there were no injuries to any of the crew members. The driver of the vehicle was later arrested by City of Roseville, California Police Department for driving under the influence.