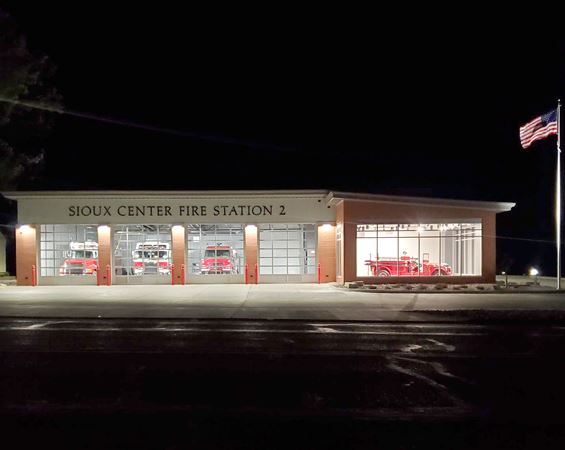 After almost two decades of working out of a three-stall barn, the Sioux Center (IA) Fire Department is opening its new $1.3 million Station 2, reports ktiv.com. But there’s more sentiment behind it than just new working quarters.

Station 2’s main designer was Fire Chief Dave Van Holland’s son, Jason. He served in the department from age 16 until 36, when he unexpectedly passed in February 2021 due to an enlarged heart, the report says. The department has a memorial in his honor in the new station, as well as a center outside that honors all the fallen firefighters from Sioux Center.

An open house is scheduled for tomorrow, Thursday, October 7 from 5:30-7 p.m. The department will be serving hamburgers and hotdogs and giving the public an inside look at the new station, located at 1510 South Main Ave.

Station 2 is more than 7,200 square feet and can house up to four engines. It includes a new open locker gear room, a wash bay, a museum room home to the department’s 1931 REO fire truck, and a quicker response time.

It took nearly two years to complete and was funded by the City of Sioux Center, community donations, and the Sioux Center Fire Department.