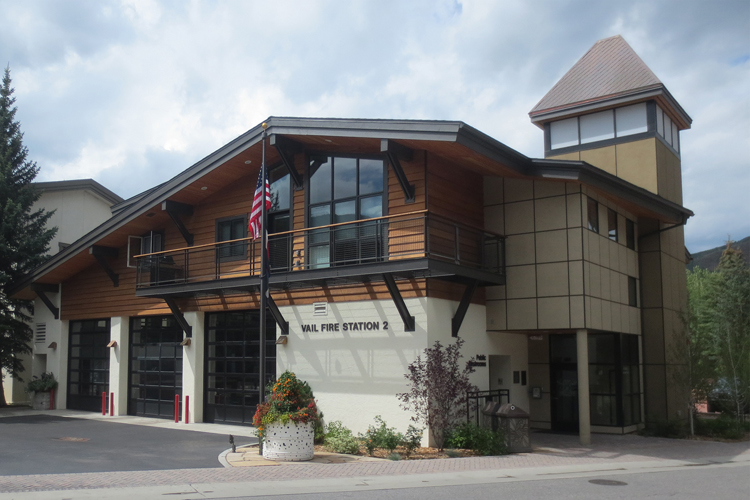 The more you study the rennovation of Vail Station 2, the more you understand the cleverness of the project. Vail (CO) Fire &Emergency Services determined the building was structurally sound. Working with the architects, a plan was devised to strip the building down to its studs.

Originally a three-bay station, it was expanded to a four-bay in an earlier remodel. The added bay was converted to public restrooms for the 20,000 Vail day visitors. The upper level was reconfigured to include quarters for the duty crew of four. In additon, the station provides a two-bedroom apartment and a studio apartment as permanent residences for fire personnel. The old hose tower was modifited into a communications antenna tower but “reads” as a hose or watch tower. Finally, the entire building was reskinned in a very thoughtful arrangement of doors, decks, windows, and siding textures. Photo courtesy of F.I.E.R.O. (Fire Industry Education Research Organization).