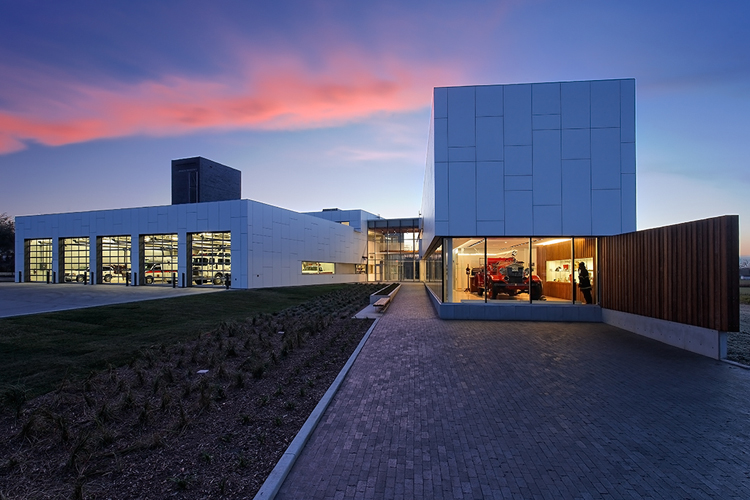 The new Station 1, for Brandon, Manitoba, replaces a magnificent station that lasted for 100 years. The awards jury was impressed with the plan of the new station, which clearly expresses its duality of purpose. The fire hall operational functional areas are clearly separated from the fire department administration, training, and inspections areas. The administration wing also houses Manitoba’s 911 call center and a small museum with an antique, Canadian built, Bickle fire engine. The museum area was not in the original station building program but was added during the program “discovery” phase. The design cleverly ties the operational and administrative side together with a common lobby overseen by the fire administration during the day and by a staffed watch room at night. One stairwell has been carefully designed to extend upward to serve exit, training tower, and hose drying functions. A separate “cold storage” building is geometrically related to the plan compositions. The jury also gave high marks for the simplicity yet richness of both interior and exterior finish materials. Photo courtesy of F.I.E.R.O. (Fire Industry Education Research Organization).