Yonkers (NY) Fire Department Station 1, located in one of the highest density areas of the city, was also one of the city’s oldest of 12 fire stations, built around the turn of the 20th century.

It was a four-story structure that housed apparatus bays on the ground floor, firefighter quarters on the second floor, and department administration on the third and fourth floors. After the administration offices moved out, only Rescue 1 and Tower Ladder 71 were in residence. After an engineering study recommended the station be demolished, the two companies were moved to other firehouses and Station 1 closed.

“We looked at the locations of our other firehouses and determined that we needed a station in that area because we answer 4,150 calls annually from that station,” says Kevin Ford, Yonkers retired deputy chief, “but the existing location was too small for a modern fire station, so we built across the street on a larger lot. While only two companies would be housed in the new Station 1, we decided to build a four- bay station because of all the high-rise structures being built in the area and to have space to relocate other fire companies when their station needed repair.” 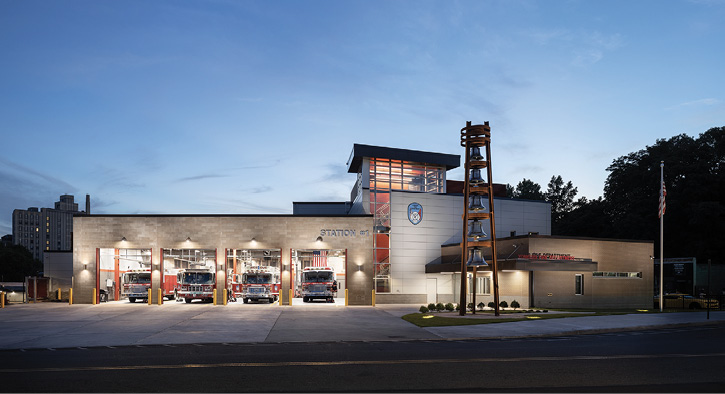 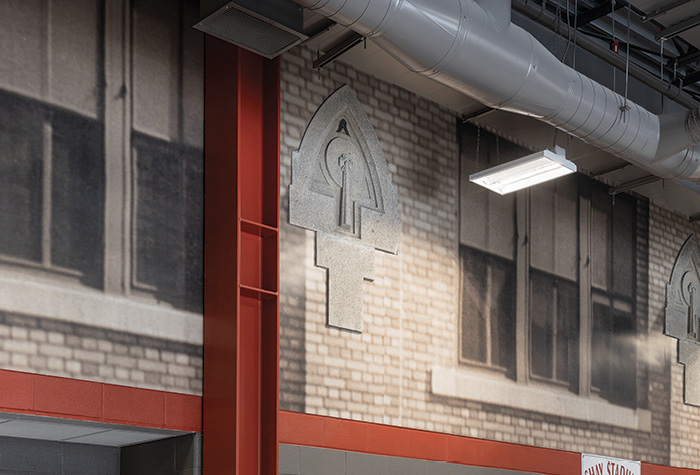 2 Historical elements from the original station were incorporated into the new station, including limestone bullets on the wall at the back of the apparatus bays that had been on the exterior of the old station. 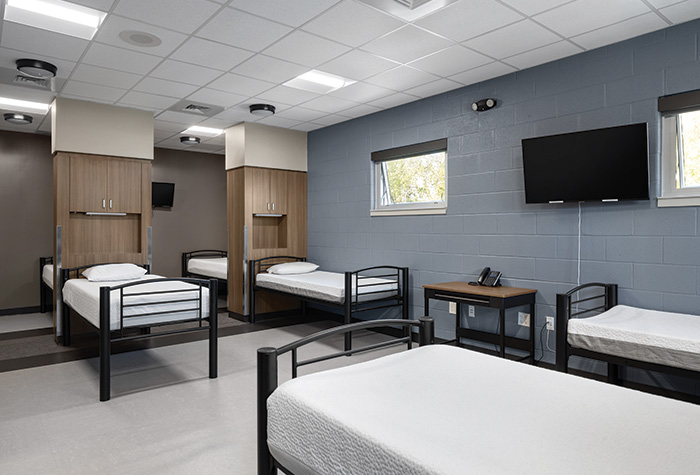 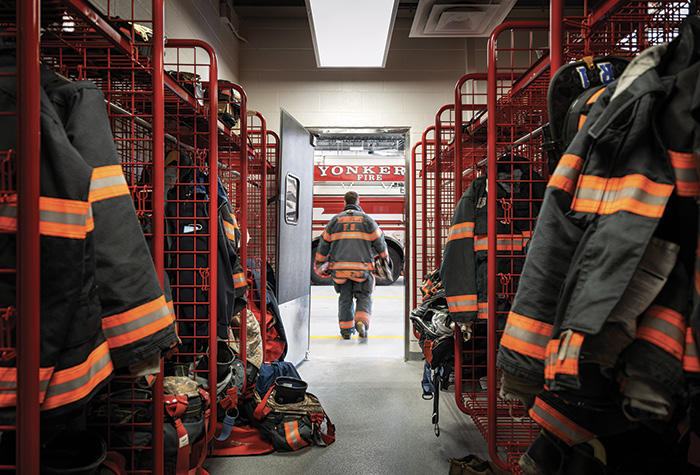 4 Two turnout gear storage rooms are located along one wall of the apparatus bays.

Chris DeSantis, PE, Yonkers deputy chief, says the city issued a request for proposals (RFP) for architectural and engineering services and had eight firms bid on the job of designing and building the new Station 1. The city selected Highland Associates, who brought Mitchell Associates Architects onto the job and put together a design, schematics, and final construction drawings that were put out to bid through a second RFP for the construction phase. Worth Construction was awarded that bid as general contractor.

Carlo Romaldini, Highland’s project manager, says his firm has been doing work for Yonkers for 20 years and was aware that the old Station 1 had historical significance for the department. “So, we incorporated two historical elements into the design of the new station,” Romaldini says. “The older fire station had limestone bullets mounted on the pilasters on the exterior of the building, so we placed those bullets onto a mural of the original building that we located on the back wall of the new station’s apparatus bays. We also salvaged bricks from the old building and used them on the base of the station’s flagpole and as a ground treatment around a bell tower monument in front of the new station. The bells were salvaged from the St. James Episcopal Church in the city, and we incorporated five of those fully functional bells into the bell tower monument.”

Chris Police, the project architect at Highland, says the new Station 1 is at the corner of Palisades and New School Streets but that the corner property was challenging to site the building with regard to the responding apparatus. “We had to arrange the station so the responding fire trucks could leave the building and not immediately be at the intersection,” Police points out. “So, we pushed the apparatus bays back off of the road and splayed the rest of the station out to anchor the corner and give it a pedestrian feel.”

The resulting station, says Bob Mitchell, principal architect at Mitchell Associates Architects, has four back-in apparatus bays 58 feet 8 inches deep with radiant heating in the floors. “The department wanted parking on the site, but there wasn’t enough space around the station, so we put in an underground parking garage,” Mitchell notes. “The apparatus bays were built as a structural slab over the garage, then insulation was put in, followed by the radiant tubing, and finally the finished slab for the apparatus room floor.”

Along one side of the apparatus bays are two turnout gear storage rooms, a laundry room, and a generator room, Mitchell says, while along the back wall are two storage rooms, a mechanical room, a work room, and a hydration area. A toilet room, emergency medical services (EMS) storage, and janitorial room are on the third wall of the apparatus bays. 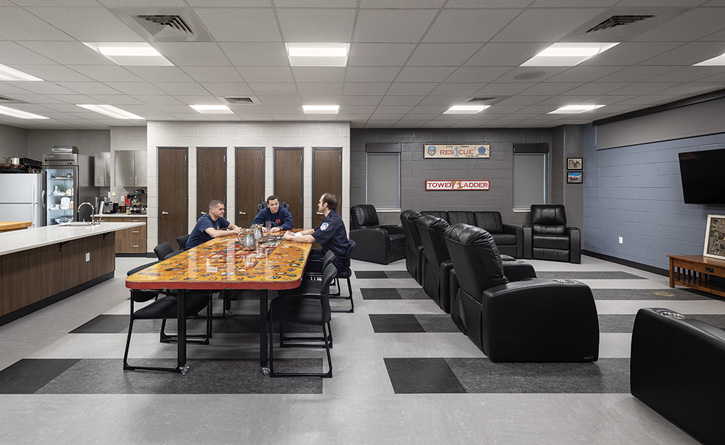 Adjacent to the apparatus bays are a kitchen, dining/day room, company officers’ office, two toilet rooms, an exercise room and locker room, a watch booth, a storage room, an elevator, and stairs at the front and rear of the building.

DeSantis notes that when the department first planned out the station, it included decontamination spaces, separate turnout gear storage for fire and EMS, and clean and dirty rooms for washing turnout gear. “When we got to the schematic stage, we had to pare down some of those spaces,” he says. “We eliminated washing machines for turnout gear and contracted with a vendor to wash the dirty gear, which allowed us to put that space to another use. We also were able to eliminate the proposed EMS storage room because the majority of the EMS equipment and training is done out of the Fire Headquarters and Special Operations building.”