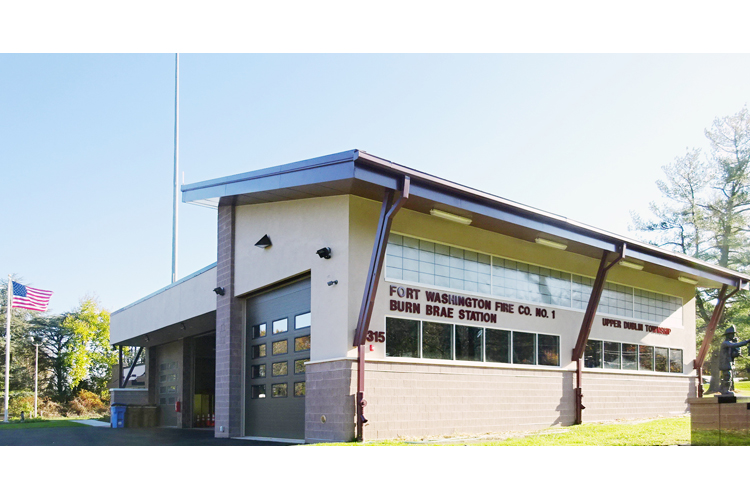 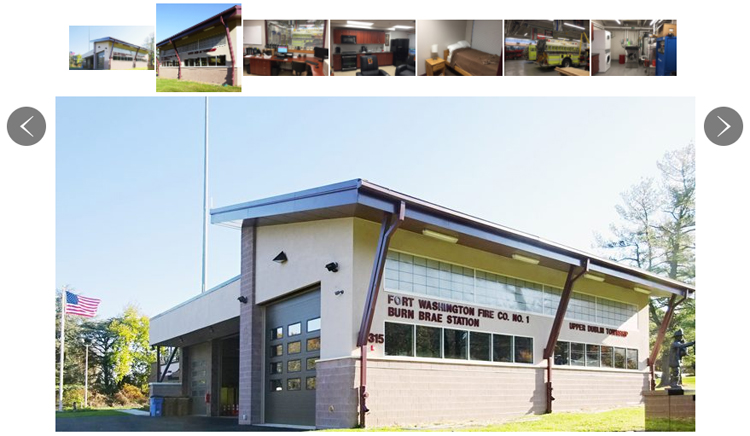 The Fort Washington (PA) Fire Company is the primary provider of fire and rescue services for Upper Dublin Township in Montgomery County, Pennsylvania, an area of more than 13 square miles and a population of approximately 26,000 people. The fire company operates out of two fire stations, Station 88-A, constructed in 2012 with five double-deep drive-through apparatus bays, eight individual bunkrooms, a fitness room, offices, and training facilities. Station 88-B, called the Burn Brae station, was built in 1974 and needed a major renovation to upgrade it to modern standards.

“Very little had been done to Station 88-B over the years after it was built,” says Eric Clauson, Fort Washington’s chief. “It was a dated building with three apparatus bays, a radio room, a small office, a large recreation room, and a small engineer shop at the back. The township wanted to bring the building up to modern standards, so GKO Architects was hired to review what needed to be done, to listen to what we wanted, and to handle the renovation.”

Kevin Godshall, principal architect at GKO Architects, says his firm had a number of meetings at the fire department to determine what could be done with the structure, a flat-roofed masonry building. “When the renovation design was finalized, we didn’t have to make any changes to the exterior of the structure, except for replacing the windows, and upgrading the exterior lighting,” Godshall says. “The masonry walls stayed intact, but the stucco and brickwork was touched up. And, the new addition of a fourth apparatus bay was placed on the side of the building facing the main road, giving the structure a new face.”

Clauson points out that Fort Washington Fire Company is taxpayer-funded for its facilities, equipment, apparatus, and turnout gear. “We have this partnership with the township where they handled the finances and we handled the design of the renovated station,” he says. “After our main station was built in 2012, we knew that Station 88-B needed substantial upgrading, and the township came up with $2 million for the project that included upgrading all mechanical, electrical, and plumbing systems as well as storm sewer upgrades and water runoff systems.”

Godshall says that GKO Architects designed a new apparatus bay that can accommodate an aerial ladder if needed, but is not a drive-through bay because of site plan issues behind the station. “We added a diesel exhaust extraction system to all the bays,” he says. “In the living spaces, we repurposed and expanded the station’s two bathrooms by adding showers and making the bathrooms ADA-accessible.”

Clauson says that GKO Architects combined the station’s existing radio room and small office into one large room, and took the large engineer’s shop and split it in two for an engineer’s shop as well as a clean room to handle turnout gear washing and drying, and an SCBAcompressor. “The biggest change was in our old recreation room,” he notes. “Instead of one large room with a small kitchenette, they subdivided it into a television room, a kitchen with full-sized appliances, and five individual bunk rooms with lockers. Two of the dorm rooms have bunk beds, while the other three have single beds. Each has a small desk in the room.”

Fort Washington Fire Company has 130 volunteer firefighters with approximately 70 of them active. The fire company runs two engines, two rescue-pumpers, one aerial platform, a rescue truck, a support vehicle, and four inflatable boats to deal with flooding issues. It responds to approximately 750 calls a year.