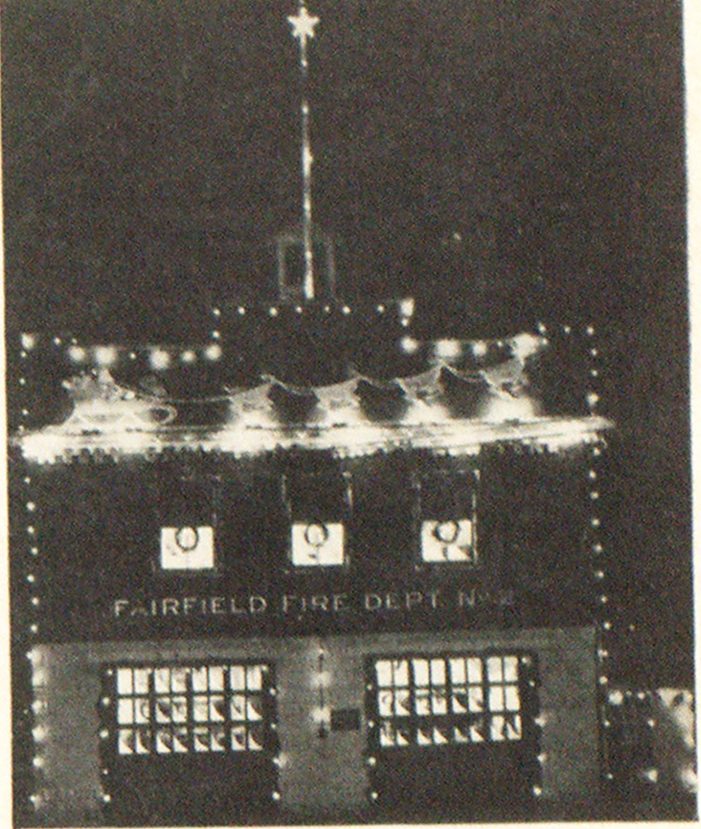 Ed. Note: This article appeared in the February 1949 edition of Fire Engineering.

Fairfield Fire Department No. 2, better known as Tunxis Hill Firehouse, in Fairfield. Conn., went all out this year to establish a record for Christmas firehouse decorations. The occasion marked the first time that the department donned special dress for the holidays, since its organization thirteen years ago. So successful were the efforts of the members, both paid and volunteer, that people drove from miles around to view the result.

The Tunxis Hill Fire Department was organized March 19, 1913. its total equipment at the time being one old hand-cart. A few years later the present firehouse was built and a Model T Ford added. In 1928 the Town took over the fire station and bought an American La France 500-GP.M. pumper and put on two paid men, one for each shift. In April, 1943, two more paid men were added.

In November, 1944. the department received an American-La France 65-foot aerial truck to cover the entire Town of Fairfield and to assist the other three companies in the community. Two additional men were engaged, and in March, 1945, another two were added, making the present total of eight men. who work four on a shift. In April, 1948, an Amcriean-La France 600 G.P.M. pumper was secured to replace the 1928 unit. Today there are four companies and twenty-two paid men in the Town of Fairfield. Each company has two pieces of apparatus. The department has its own fire-switchboard and alarm room, and three of the apparatus units are equipped with two-way radio, operating from Police Headquarters.

Developing a Program Document for Your Fire Station Project