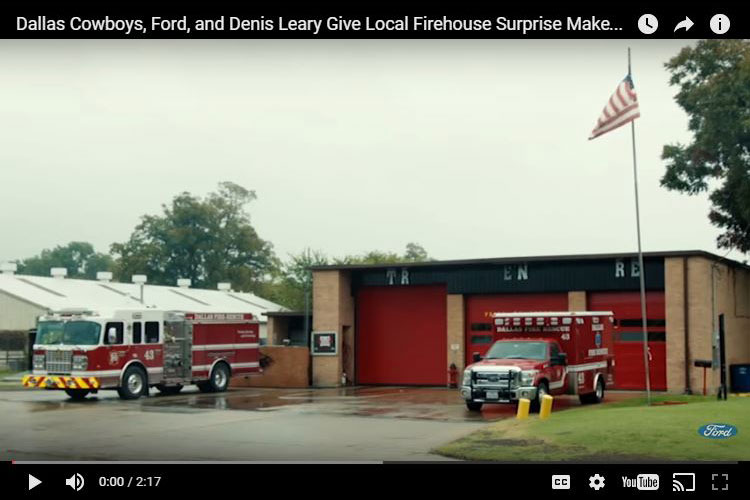 With the northwest Dallas fire station run down after years of hard use, Ford contracted with local renovation experts for a whirlwind rehab. Starting offensive linemen from the Dallas Cowboys helped with demolition and final touches so the firefighters could use their new kitchen and dining area for their Thanksgiving Day meal.

“Ford truck team members live to serve our customers, and firefighters are especially valued for their important role in our communities,” says Mark LaNeve, Ford Motor Company vice president of sales, marketing and service. “With the toughest, smartest, most capable truck in America, it’s only fitting Ford is presenting a brand-new 2017 F-Series Super Duty to the men and women of the Dallas Fire Department.”

Ford F-Series has a 58 percent market share in teh emergency vehicle segment.

Highlights of the renovation, as well as presentations by Ford and Leary be broadcast nationally on the Fox Sports NFL Thanksgiving Pregame Show between the Dallas Cowboys and Washington Redskins. Additional renovations were scheduled to take place after the holiday weekend.