Fire departments often have a number of specific requirements they want incorporated into a new fire station, depending on its location in their district, the type of neighborhood it is expected to protect, and the number of personnel and apparatus needed to staff it, among others.

Many departments are turning to architects around the country for advice on incorporating both functional and design elements into a new station.

Ken Newell, principal in Stewart-Cooper-Newell Architects, says fire departments should consider a number of factors before even engaging an architect to design a new station. “We recommend that departments find an architect with a lot of public safety experience,” Newell says. “They should look for a designer who specializes in fire departments because if the station isn’t done right, they will have to live with any mistakes for 50 years or more. We also recommend they check with end users who have engaged that architect for their feedback.” 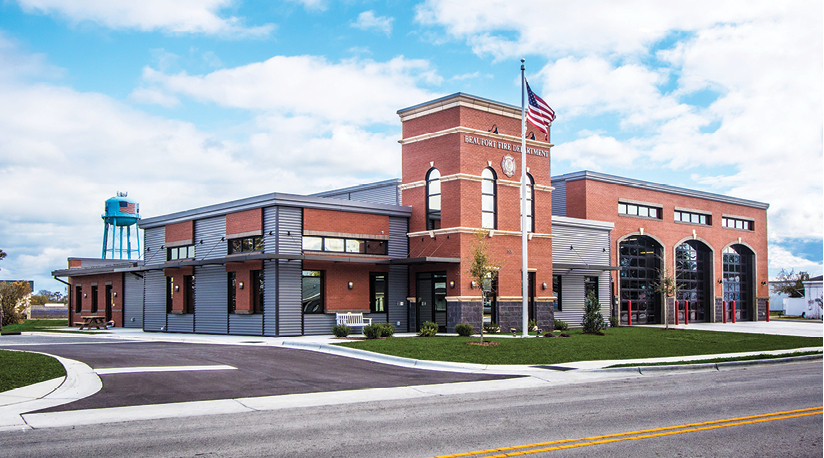 Newell says fire departments usually have a good idea of the type of equipment they’ll have in the building, so they should collect literature on the equipment and provide it to the architect. “We also recommend to the chief to bring young end users who will occupy the building onto the planning committee,” he notes, “so they will have continuity when they have to build another station.”

Lynn Reda, principal at Hughes Group Architects, says her firm gets fire departments from a variety of perspectives. “Some say they know they need a new building but don’t know what it should look like, while other departments have ideas drawn up in some detail, perhaps using software to prepare a rudimentary site and building plan,” Reda says. “We like to encourage departments, especially larger departments with a distinct line between administrators and firefighters in the field, to be sure to solicit the opinions of the crews in the house. As designers, we want to be consistent with how things are done now for the generation that will be using the station.” 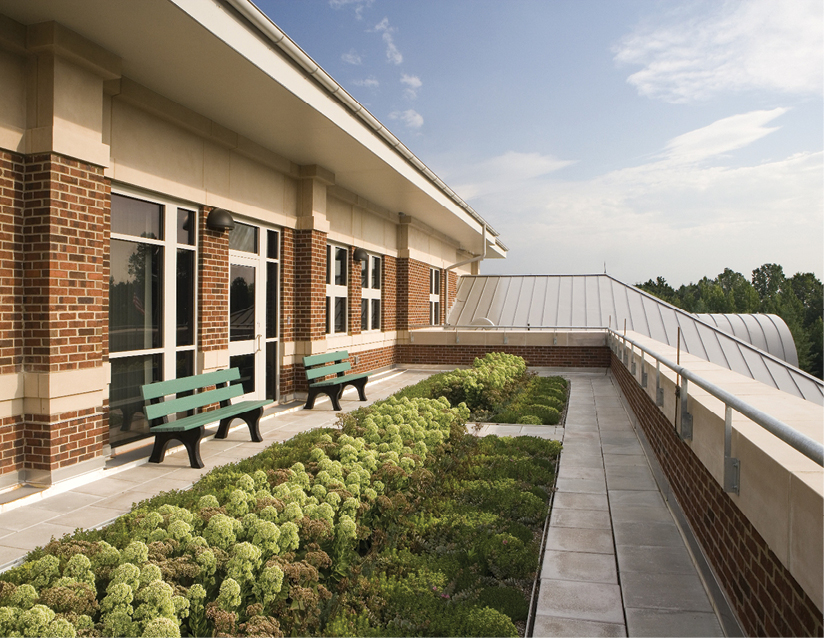 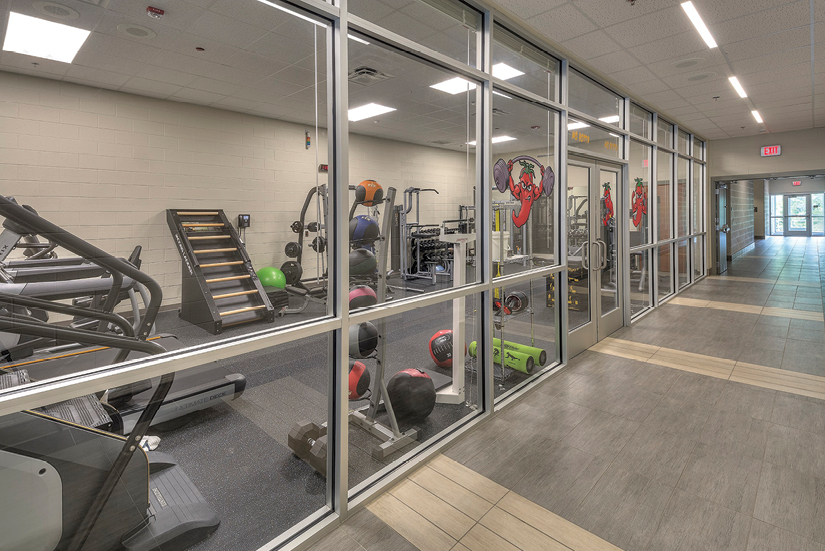 Bob Mitchell, principal at Mitchell Associates Architects, says he sends a fire department a questionnaire to determine what equipment and use each room of the firehouse would have, as well as a list of all the apparatus to be housed. “When they tell me what they need to do in the space, I can show them a photo of a space and a floorplan that seems to accomplish what they need,” Mitchell says. “Initially, we ignore constraints and ask the department what it needs to do operationally. We also get a sense of its budget and then determine what can be done for it.”

Klindt Breckenridge, principal in Breckenridge Group Architects, says that in many instances fire departments don’t want to get too radical with a new station but are generally open to new ideas. “Often we are massaging plans they already have,” Breckenridge says, “especially if they have more than one station and are trying to keep some consistency among them.” He notes that often he recommends putting battery charging stations, computers, printers, ice machines, and other equipment that generate heat in the transition zone between living spaces and the apparatus bays. “We also like to recommend concrete floors because they are easy to maintain, and there is little opportunity for debris to be tracked in,” he says.

Zwerg recommends that architects visit existing stations “and have dialogue up and down the chain of command to provide a snapshot of the department, the kinds of stations and equipment they have, their age, and the demographics. And, be sure to get feedback from the crews in the stations,” he says, “especially being concerned with their different ages, because you want to get the input of the boots on the ground who will be using the station to be designed.” 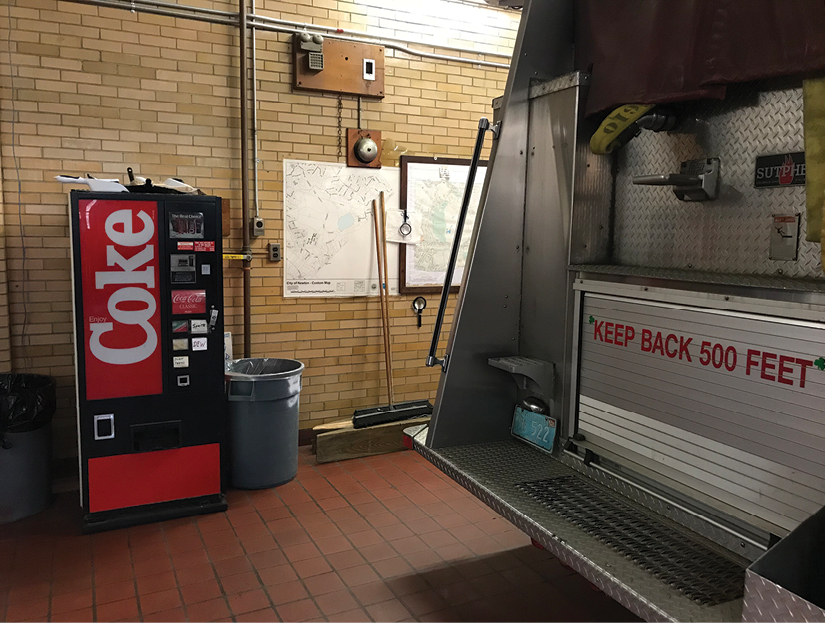 Reda says that Hughes Group recently put a decon zone in a new fire station that includes a turnout gear washer, extractor, three-compartment sink, shelving, and large washing area with a floor sink whose walls are lined with six-foot-high stainless steel sheeting. “Cancer-causing particulates are a hot topic, and some departments have embraced controls as much as possible, including wipes on apparatus and deconning turnouts before getting back on the trucks,” she says. Reda adds that her firm also encourages physical fitness and practical training components in new stations, “because they are easy to design in and don’t take up much space but are great for sharpening skills.” 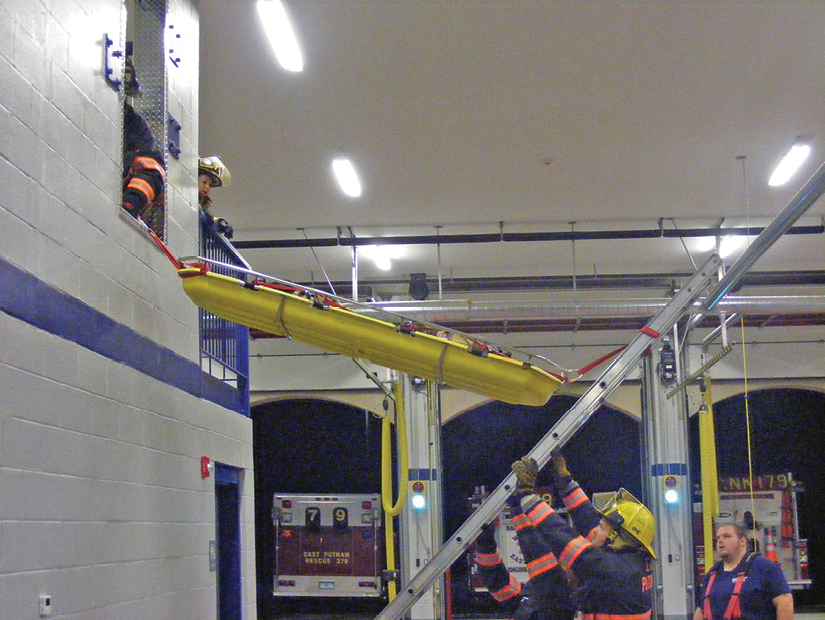 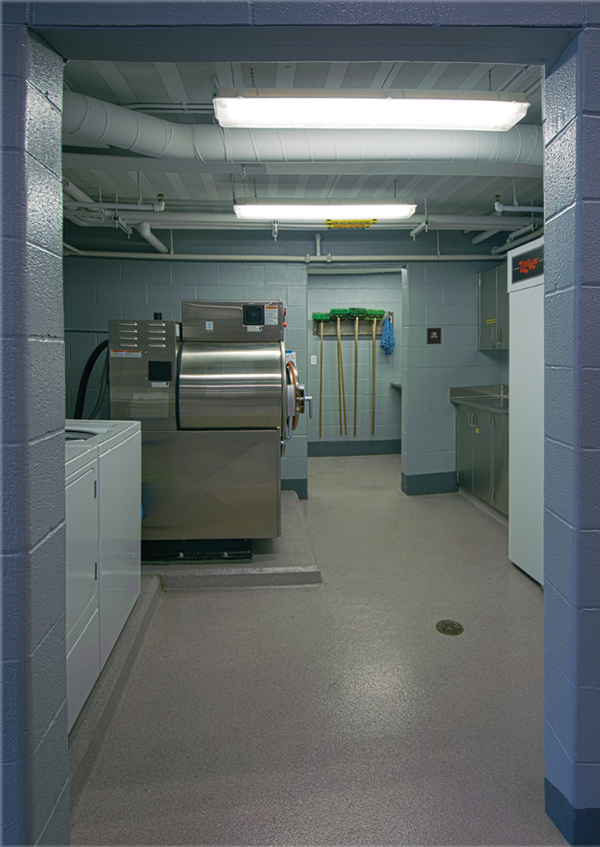 Ted Galante, principal at The Galante Architecture Studio, says, “Right now, our focus is on limiting carcinogen transfer in a fire station, isolating all the hot zones—specifically the apparatus bays and gear storage and cleaning rooms—from the living areas,” Galante says. “We start with bubble diagrams of the building and draw general scale circles with connections between them. For instance, where is the apparatus bay located in relation to the kitchen or the day room? We want departments to think of the strength and distance of those connections and to limit connections as much as possible.”

Mitchell agrees that the number one issue in fire station design these days is providing a safe facility. “There’s a tremendous amount of emphasis on preventing carcinogens from contaminating a fire station and the people in it,” he says. “We talk things through with the department about the things we can build into the station to make it a safe facility.”

Mark Shoemaker, director of public facilities for KZF Design, says that cancer awareness has become the biggest issue in station design. “Fire chiefs are aware of the issue and come to the table saying they want to incorporate limiting transfer of carcinogens into their new station,” Shoemaker says. “Hot, cold, and transition zones are in their lexicon now. Gender issues, Americans with Disabilities Act, and training issues still are involved in design, but the health of firefighters is the biggest.”

Shoemaker points out that most of the designs his firm is doing now have double door arrangements between the living area, the transition zone, and the apparatus bays. “We might have temporary clothing in a room after the decon room,” he says. “Firefighters put their gear in the washer-extractor and then move into the second area to clean off and redress.” 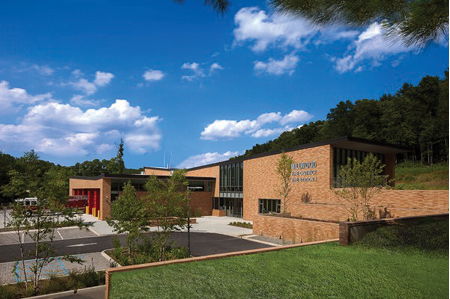 The Millwood (NY) Fire Station 1 project impressed the 2017 F.I.E.R.O. Fire Station Design Awards Jury by having firefighter “loading” of the apparatus entirely from the back of the station to eliminate any risk of a firefighter being in front of a moving apparatus. The project also gained respect for the clever adaptation of the station to the sloped site as well as its environmentally focused site plan and features.