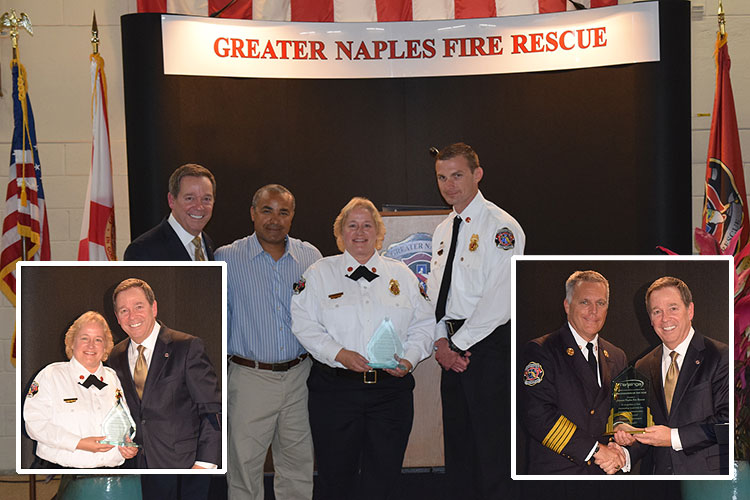 The awards were determined based on a number of factors, including an online survey from all employees who nominated the top leader, a Tenzinga audit of all leaders using the Tenzinga Employee Performance Management system, and input from Fire Chief Kingman Schuldt.

The Greater Naples Fire Rescue District was also recognized as the Organization of the Year for the Tenzinga Excellence in Leadership Award.

“Chief Kingman Schuldt has exemplified what great leadership looks like in his commitment to consistency, communication and continuous improvement. The leaders of Greater Naples Fire Rescue District consistently work with their employees to be the best in their various positions and roles within the department,” said Bob Norton, Tenzinga CEO/Founder. “The accountability and follow up of the leaders in relationship to their teams has been outstanding. Tenzinga is honored to have given their first Tenzinga Excellence in Leadership Award to the leaders of Greater Naples Fire Rescue District.”