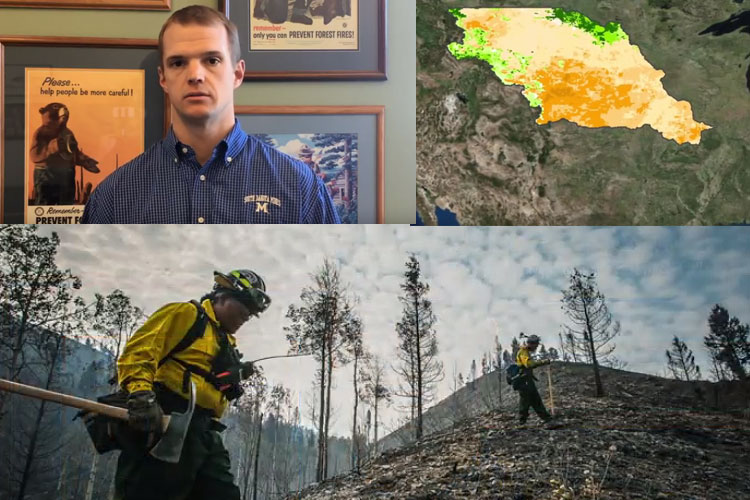 Smokey Bear signs that indicate overall fire danger are common along roadways in the western United States. The FiRE tool uses satellite and metrological data to create a much more detailed understanding of fire danger. The tool can give firefighters a critical edge. Fire managers say the “initial attack” phase during the first few hours of any of any wildfire is the most important time to gain control. When officials know the areas where fire danger is increasing ahead of time they can position resources and better prepare to quickly respond to any small fires before they grow into large incidences.

“We can narrow this onto a 10-kiliometer grid scale, says Clabo. Previous tools only assessed fire danger on a wider scale, such as across national forest districts or across a county. “If the western two thirds of Pennington County, South Dakota, is wet because they’ve gotten a series of thunderstorms, but some of the eastern areas are dry, we will know where a fire is more likely to start and spread.” Clabo adds.

“One of the current problems across the Great Plains is we don’t have very many weather stations. So, those estimated conditions can be inaccurate, and we might not know where the most critical fire weather conditions exist,” says Clabo.

The FiRE tool is being developed thanks to funding from the NOAA National Centers for Environmental Information (NCEI) and NASA DEVELOP with collaboration from the U.S. Army Corps of Engineers and the Bureau of Indian Affairs. Experts from these organizations are contributing to this research alongside Clabo at SD Mines.  The FiRE tool is set to be ready for use by fire managers in the late summer or fall of 2017.