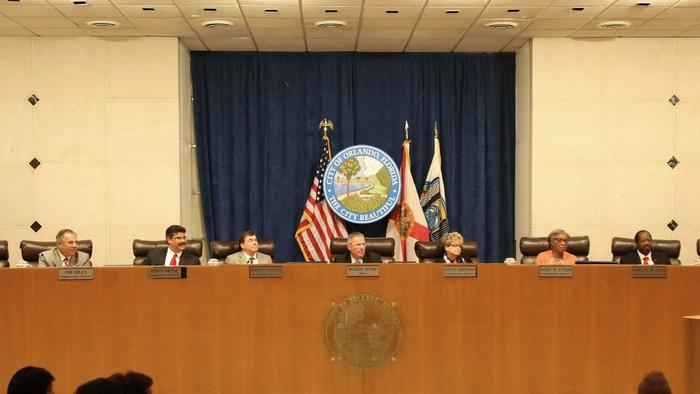 ORLANDO–City commissioners in Orlando, Florida plan to approve nearly $50 million in bond financing to build new police and fire stations, both of which have to move to make way for city-sponsored sports and entertainment projects in Parramore.

The new Police Department Headquarters will cost $41.5 million, plus another $3.5 million to relocate a radio tower that allows officers to communicate with each other. And building a new Fire Station 2 a few blocks from the current one carries a $48-million price tag, officials said.

The Orlando Magic have exercised an option to buy the downtown Police Headquarters on Hughey Avenue, along with a city parking garage next door, and tear them down so the company can build a $200-million entertainment complex.

The Magic have agreed to pay the city $12.7 million for the property, where it plans to build an office building, residential tower, two garages, a hotel and conference center, party plaza, and shopping and dining.

Police will continue to occupy their current headquarters until a new one is built, which will likely start in the first quarter of 2015 and take two to three years. But the Parramore firefighters don’t have that luxury.

The City Council is expected on Monday to approve spending $150,000 to lease and install modular buildings on the new fire station site that will house most of its personnel, as well as a fire truck and ambulance. One other truck and its crew will be temporarily housed in Fire Station 1 downtown.

The move will happen around mid-December, and the construction of the new permanent station is expected to take about 18 months.