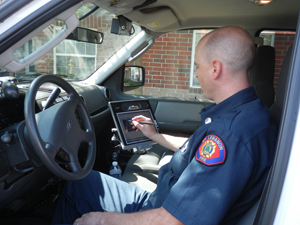 Since 1918, the Mt. Lebanon (PA) Fire Department has provided all-hazards, all-risks fire and rescue services to the residents of Mt. Lebanon, located on the southern border of Pittsburgh, Pennsylvania. The department is a combination fire department comprising 17 career and 45 volunteer firefighters serving a population of approximately 33,000 within six square miles. The Department operates out of a single fire station with three engines, a truck, a heavy rescue vehicle, a mobile command unit, a collapse rescue trailer, and four squads. The Department responds to approximately 1,800 calls annually and participates in more than 1,000 hours of community-related activities.

The Mt. Lebanon Fire Department is an internationally accredited agency through the Commission on Fire Accreditation International (CFAI). It is one of only 170 fire departments in the United States and Canada to have achieved this elite status, recognized as a worldwide measure of fire service excellence.

Challenge
A major functional area for Mt. Lebanon Fire Department is its Fire Prevention & Life Safety Education division, which includes inspections and reinspections of all occupancies in the town, such as residential dwellings, businesses, restaurants, churches, schools and nursing facilities.

During inspections, firefighters were required to fill out paper forms and inspection checklists as well as take notes by hand. Once back at the stations, administrative assistants would input the information into a database via FIREHOUSE Software’s Occupancy, Permits and Inspections module; and type up violation reports, which were printed out for the firefighters’ review and approval before being mailed to the business owner. If errors were found during the review process, the administrative assistant would correct the report and resubmit it for the firefighter’s review. If a firefighter went off duty, it meant additional delays to the review process.

“It was a time-consuming and costly process, because reports could go back and forth several times for a simple spelling or data error, and every revision meant another piece of paper,” says Glenn Wallace, platoon chief, Mt. Lebanon Fire Department. “Reinspections that should have taken place within 30 days of the original inspections were taking up to 70 days because of the back and forth paper shuffling. We needed to streamline the process.”

In addition to occupancy, permits and inspections, Mt. Lebanon Fire Department uses FIREHOUSE Software for inventory management, hydrant management, incident reporting, and staff records. While these tasks are mainly office-based, the Department knew it needed to better support its field-based inspection process and transitioned to FH Mobile Inspections software. The only missing piece was a Microsoft Windows-based mobile computing platform that was powerful and rugged enough to support the Department’s workflow.

The Department was also using hard-mounted rugged laptops in the fire engines to run The CAD Zone’s First Look Pro preplanning software with mobile mapping. The solution provides all dispatch information, including location of the emergency and surrounding fire hydrants, information on the building, contact information, and real-time GPS coordinates of engine.

“I spoke with John Hill from Allegiance Technology whose demo program and customer service is superb,” says Wallace. “I loaded the software on the tablet and gave it to the staff who were impressed with the performance and didn’t want to put it down.”

According to Wallace, the price point and feature set were the F5v Tablet PC’s biggest selling points.

“The tablet is mobile, rugged and has a durable display that’s viewable in direct sunlight. In addition, it provides the processing power and integrated features we need, such as digital and web cameras, at a price point that was half of what we were paying for the rugged laptops used inside the fire engines,” says Wallace. “It’s exactly what we want in a device while also seamlessly integrating with our backend systems.”

Today the F5v Tablet PCs are docked in desktop docking stations when at the station and docked and charging in locking mobile docks mounted in the trucks when out in the field, in between jobs.

Results
With the F5v Tablet PCs, firefighters can capture information and create reports while on site during the inspections. Using a multipage checklist, firefighters ensure everything is up to code, and if something fails inspection, a hazard code is entered along with a recommendation. The tablet’s digitizer pen allows the firefighters to handwrite notes to capture extra details. As the reports are completed in the field, any violation reports are printed and mailed to the business owner once the firefighter returns to the station.

Using the tablet’s digital camera, photos can be easily included in the electronic reports to help document violations and track improvements. During inspections, the firefighters also check items against a repository of preplanned photos, verifying or updating information via the tablets.

“With the increase in efficiency, the new tablet-enabled inspection process helps us enhance customer service,” said Wallace. “But more importantly, the tablets help us ensure the quality of information and the inspections, meaning increased safety and peace of mind for us and the residents.”

Looking forward, Mt. Lebanon Fire Department plans use the F5v Tablet PC’s Web camera for video conferencing in the field. The Department also plans to use the tablets during community service and outreach programs to show fire safety videos.

Laptop Replacement
While the F5v was suitable for field inspections, the department also sought to replace the rugged laptops used for dispatching fire apparatus. The Motion J3500 Tablet PC fit its requirements. “The rugged laptops’ price point is so high. With Motion, we’re getting more bang for our buck as well as all the features we need, a much stronger processor and bigger screen,” says Wallace.

Mt. Lebanon Fire Department now has one aerial truck outfitted with the J3500 Tablet PC and plans to implement its newest engine with the device as well as replace all rugged laptops during the next several years.

Conclusion
In 2011, Mt. Lebanon Fire Department received the Governor’s Award for Local Government Excellence, which honors local governments and officials that have found creative ways to improve their communities. The department was recognized for integrating new information technology, including the Motion Tablet PCs, in preparation for International Fire Service Accreditation to improve incident decision-making, regional cooperation and personnel productivity.