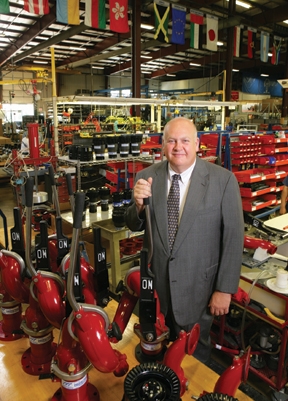 Firecom has developed a new wireless belt pack, the BP5-10, enabling any Firecom wired headset to communicate wirelessly to a base station mounted on a fire or emergency apparatus.

Firecom’s wireless system has a range of up to 1,100 feet (open field) and a battery life up to 14 hours. A typical fire scene range is 300 to 500 feet, depending on where the base station is installed on a fire or emergency apparatus, according to the company.

Firecom said its wireless headset and belt pack operate on an interference free band, and the headsets, belt pack and base stations incorporate antenna spatial diversity for a robust Radio Frequency (RF) link.

RF range technology has been used in other industries for years, but Firecom said it had not been applied to the fire industry until its wireless headset was introduced last year. Firecom’s wireless products have over three times the range and almost 15 times the coverage of Bluetooth, according to the company.

Firecom’s wireless headsets and belt pack are compatible with the 30XXR series intercom, as well as 110 interface and 210 intercoms, the company said, and provide the total wireless solution for command vehicles, on-scene first responders and ambulance attendants.

Go to www.fireindex.com and click company or products named in story above.