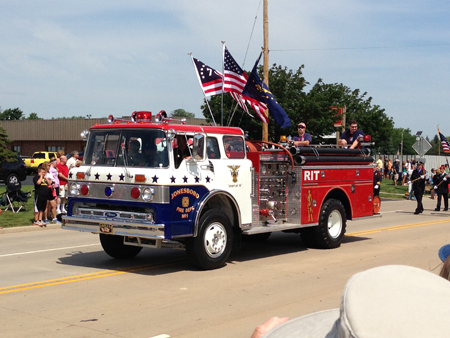 On July 13, 2013, Pierce Manufacturing celebrated its 100th anniversary by opening its doors to the Appleton, Wisconsin, community for the first time in its history. To kick off the event, Pierce fire apparatus from various eras mustered and paraded down American Drive in front of the company’s headquarters. Before officially opening its doors, Wisconsin Governor Scott Walker and Pierce President Jim Johnson welcomed the community to the facility and officially opened the doors by cutting a red ribbon.

Were you at the Pierce 100th Open House? Submit your photo from the event with our Photo Submission Form.