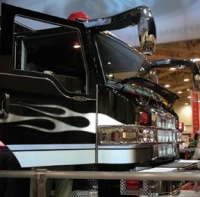 The Glove Corp. discontinued manufacturing operations after issuing a safety alert about a heat resistance problem with its Blaze Firefighter gloves. A half-dozen New York City firefighters were reported to have suffered burns while wearing them.

“During recent testing, one style of gloves encountered issues with the performance of the conductive heat resistance test,” the company said in its alert. “The back of the hand area of the glove did not meet the prescribed performance threshold, as outlined in Section 7.7.5 of the NFPA 1971-2007 Standard.“

Shortly after the notice was issued, the New York Times reported FDNY was removing 6,500 pairs of Blaze Firefighter gloves from service after six members were burned on the back of their hands. The most recent burn incident, according to the Times, was Jan. 23, days after The Glove Corp. issued its notice.

In February the Safety Equipment Institute (SEI) announced The Glove Corp. was discontinuing manufacturing operations and was unable to replace or offer refunds for the gloves.

The Glove Corporation issued its alert after SEI’s annual recertification testing determined that the product line did not comply with the NFPA 1971 standard. The tests coincided with an SEI-initiated investigation into reports of firefighters being burned. The gloves were produced from December 2009 through December 2010, bearing lot numbers 12109-12310.

The Importance Of Inspection Trips In Purchasing Apparatus