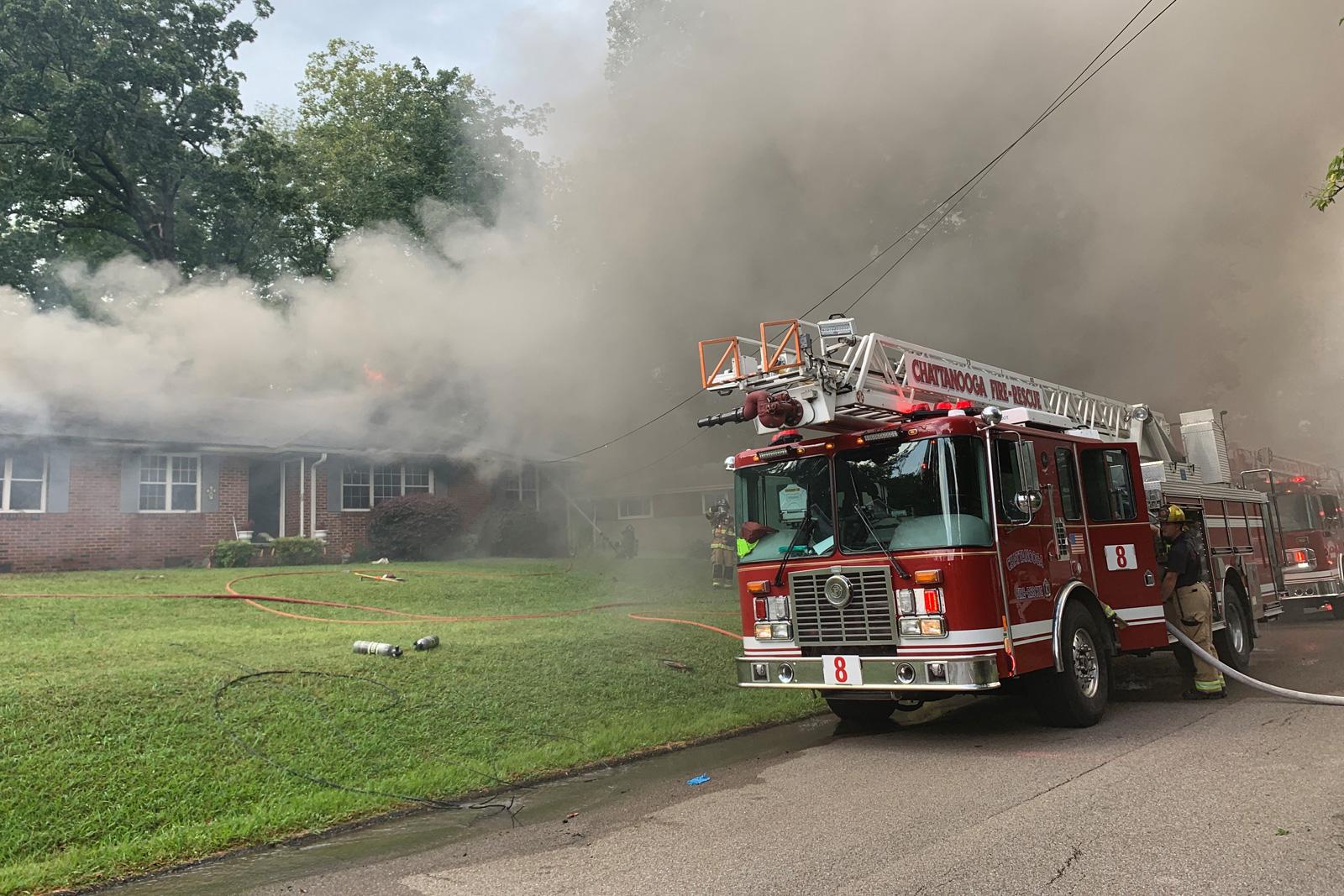 Chattanooga (TN) Fire Department Quitn 8 is shown at a dwelling fire that began in the area of the home’s car port. When the first units arrived, they found a fully involved fire in the area of the carport. Flames quickly spread to the rest of the house. They started an interior attack, but firefighters were pulled out of the burning structure for safety reasons and a defensive operation was initiated. The fire moved into the attic and crews spent a considerable amount of time working to get it out. No one was injured. Residents were all out of the home and safe. The cause of the fire will be under investigation. Those in command of the incident said there was a quick response by all companies. Crews rotated in and out so they could take breaks in between attacking the fire. Quint 21, Quint 6, Quint 8, Quint 13, Squad 13, Squad 7, Battalion 2, Battalion 3, CPD, HCEMS, Chattanooga/Hamilton County Rehab Truck, EPB and CFD Supply were on the scene. The American Red Cross was contacted to assist the residents.