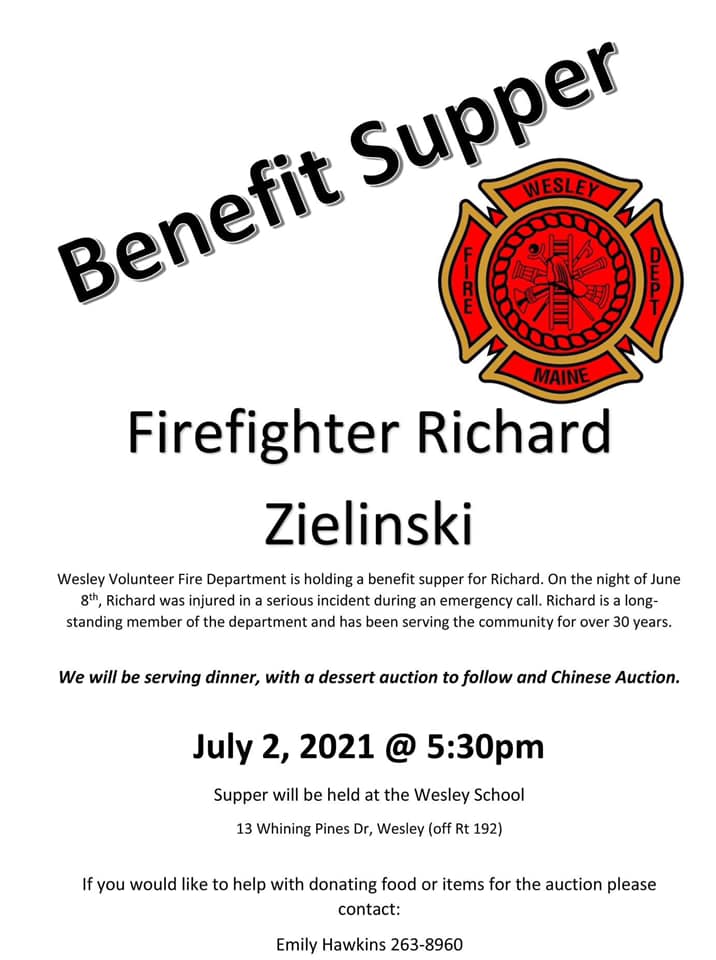 Longtime Washington County (ME) firefighter Richard Zielinski was hit by a pickup truck on June 8 and broke his leg and wrist, reports BangorDailyNews.com.

Zielinski, 75, was handling traffic control for the Wesley Volunteer Fire Department on Route 9 by the site of a tractor-trailer fire when he was struck around 8:45 p.m. Zielinski, who’s served the community for more than 30 years, is recovering from his injuries—which are not considered life-threatening—at a Bangor hospital. A benefit dinner in his honor on July 2 at 5:30 p.m. has been announced.

The driver was traveling east at about the speed limit—55 mph—when they came around a long curve and had about 1,000 feet of visibility to where Zielinski stood, officials say. The driver didn’t see Zielinski until he was about 100 feet away, which was too late.

Maine State Police are investigating the collision, but no charges are expected because the driver wasn’t speeding.

“Tuesday evening started off typical with a vehicle on fire, but the night didn’t end that way,” the department wrote on Facebook. “It is no secret that we had a fire fighter get injured in a serious event away from the burned vehicle, but we were able to work through things with the help of our fellow agencies. Thank you’s need to be given to the Washington County RCC, Alexander Fire Department, Calais Fire-EMS, Downeast EMS, Lifeflight of Maine, Maine State Police, and the Washington County Sheriff’s Office. We plan to announce more information soon about how the community can assist us with support for our fellow fire fighter.”