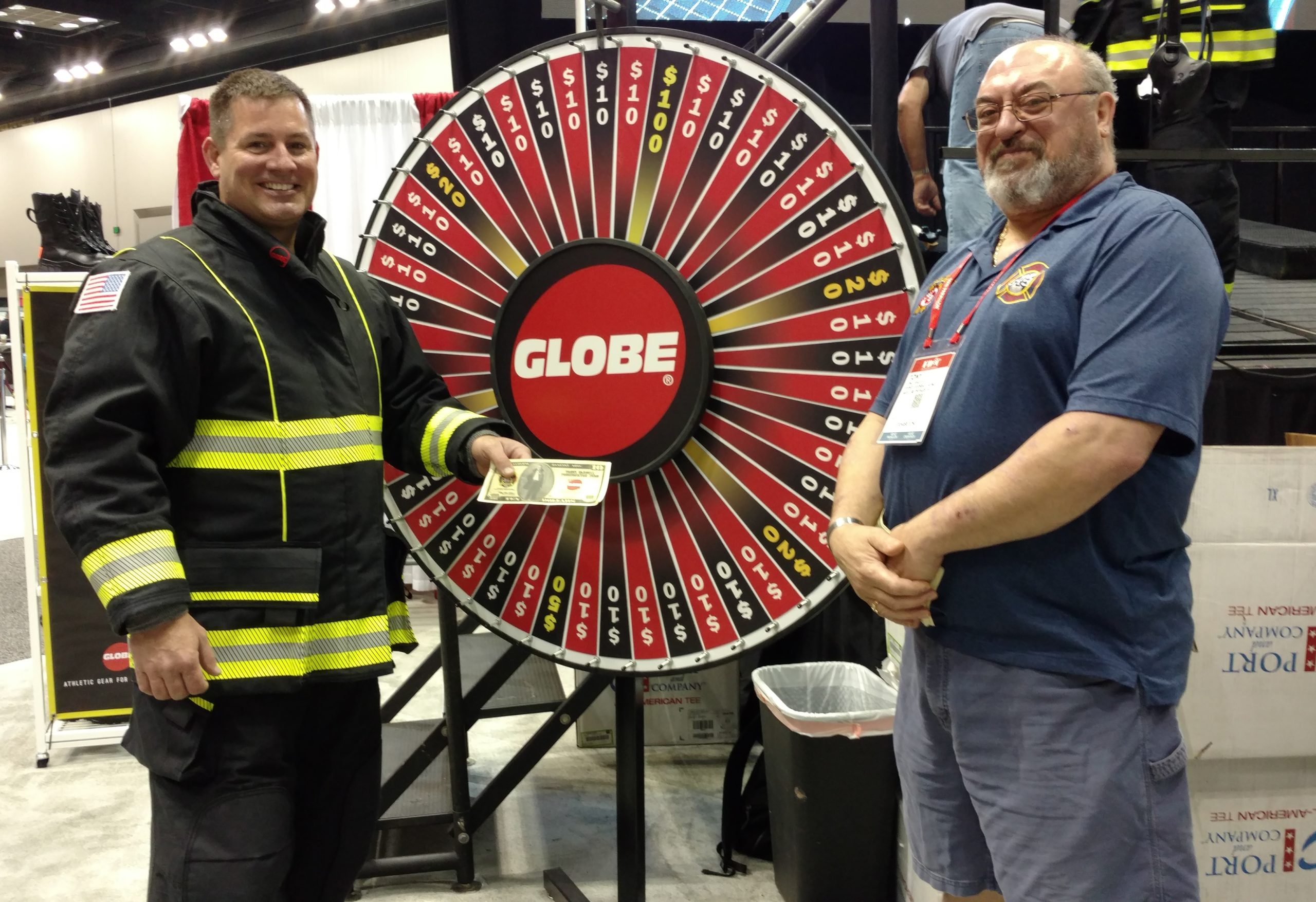 FDIC was Globe’s official launch of ATHLETIX™, the world’s first turnout gear with stretch. Attendees were invited to experience the unprecedented range of motion that is possible with the new ATHLETIX™ gear in a virtual reality experience for firefighters in the booth. Firefighters then spun a wheel to determine a donation ‒ $10, $20, $50, or $100 ‒ to the Terry Farrell Firefighters Fund in their name. Globe raised and donated $25,000 to the Fund.

“Due to the expanded requests for assistance from the fire service community across the nation, the Terry Fund continues to work hard to ensure that all firefighters and their families have the resources to properly operate safely and, when faced with medical or emergency situations, the help needed,” said Brian Farrell, chairman of the Terry Farrell Firefighters Fund and brother of Terry Farrell. “This help is a direct result of the support and confidence given to the Fund by Globe, who not only makes some of the finest turnout gear available but continues to pay it forward for all who serve our communities daily.”

“At Globe, we are celebrating 130 years of innovation this year,” said Rob Freese, senior vice president of marketing at Globe Manufacturing Company. “We have always given back to the fire service and are proud to partner with the Terry Farrell Firefighters Fund, a hardworking group of volunteers that assists firefighters, families, and fire departments across the nation in their times of need.”

Firefighters need to be prepared to perform at the maximum of their ability, on every call. That’s why Globe delivers the most advanced, best-fitting, and longest lasting protection by listening to our customers, creating breakthrough designs, and applying the engineering skills of the nation’s most trusted turnout gear manufacturer. Globe turnout gear is designed to protect you, move with you, and improve your performance. It’s athletic gear for firefighters. Learn more at www.globeturnoutgear.com.

About the Terry Farrell Firefighters Fund

The Terry Farrell Firefighters Fund is made of up firefighters and family members who volunteer their time and energy to help fellow brothers, sisters and departments in need. The fund operates annually on a budget of 1-3% and sustains itself through fundraising and the donations of individuals, fire departments and corporate sponsors. Contributions to the fund are tax deductible. National chapters are in Alabama, California, Colorado, Delaware, Florida, Georgia, Las Vegas, New Jersey, New York, Ohio, Pennsylvania, and Texas. Terry Farrell was a father, a husband, a brother, and a dedicated firefighter who lost his life on September 11, 2001, during the World Trade Center attack. Learn more at www.terryfund.org .