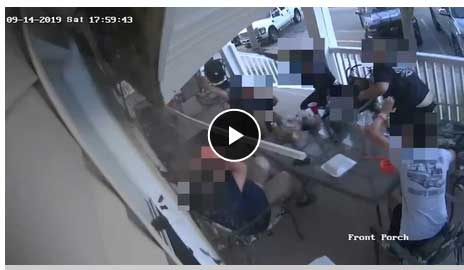 From 6ABC in Philadelphia, a home security camera captured the moments prior to the deck collapse in Wildwood, NJ, on September 14. A camera on the front porch of the home shows residents relaxing prior to the collapse of two levels of deck above. Body cam footage follows of the chaotic scene as bystanders attempted to help rescue victims of the collapse.