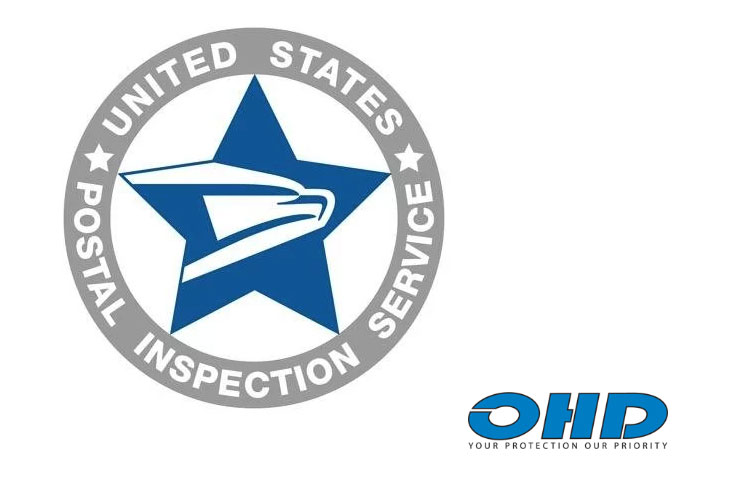 In today’s world, a single fingerprint can be the difference between multiple deaths and a man locked away, safely away from the public. A Florida man has been charged with sending 14 homemade pipe bombs to political figures such as former president Barack Obama and former secretary of state Hillary Clinton, among others.

It is the United States Postal Inspection Service (USPIS) that we have to thank for intercepting these potentially deadly devices. Without them, the news would be much different, potentially covering 14 recent pipe bomb deaths.

How does mask fit testing play a part?

The USPIS plays a vital role in the safety of mail being delivered to Presidents, to your neighbors, to yourself. Hazardous materials are, unfortunately, regularly sent via mail, with an example being the Anthrax attacks in 2001. OHD is proudly partnered with the USPIS with the use of the Quantifit mask fit tester in all 50 states to keep their employees safe from said hazardous materials.

We recently got the chance to speak with Bob D., Program Manager for the USPIS – Dangerous Mail Investigations Unit. He had this to say about the partnership:

“The United States Postal Inspection Service (USPIS) has over 400 specially trained Dangerous Mail Investigations (DMI) Postal Inspectors who respond to suspicious substances and/or items which can be associated with the U.S. Mail. On a given year inspectors may respond to over 2,000 of these types of events. Following stringent DMI screening protocols, these substances are often classified as non-hazardous. These same screening protocols required the inspectors to wear protective respirators, either half masks or full face respirators.”

Bob went on to speak directly about their use of the OHD Quantifit:

The OHD Quantifit utilizes a patented controlled negative pressure technology that uses only air as its challenge agent to perform a mask fit test in less than three minutes. It is considered to be the most stringent and accurate fit test on the market.

Luke Allen, VP of Sales for OHD, is very grateful for partnerships like this and stated that:

“It’s partnerships like this that make OHD grateful for the mask fit test technology we posses. It is OHD’s top priority to protect the health of the world’s workforce and there is no better example than the partnership with the USPIS. Many times these safety efforts are behind the scenes, but the last few weeks we have seen their work come into full focus during the events of the hazardous mailings. We at OHD would like to thank the USPIS for the exemplary work they do and for their commitment to excellence in safety.”