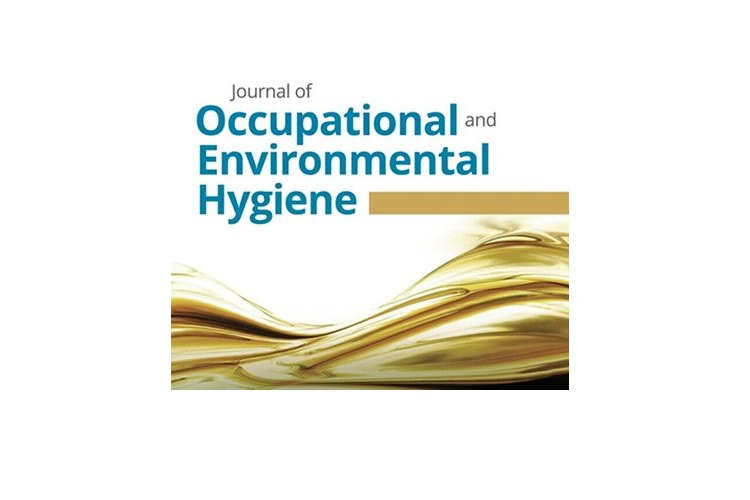 Fire training may expose firefighters and instructors to hazardous airborne chemicals that vary by the training fuel. We conducted area and personal air sampling during three instructional scenarios per day involving the burning of two types (designated as alpha and bravo) of oriented strand board (OSB), pallet and straw, or the use of simulated smoke, over a period of 5 days. Twenty-four firefighters and ten instructors participated. Firefighters participated in each scenario once (separated by about 48 hr) and instructors supervised three training exercise per scenarios (completed in 1 day). Personal air samples were analyzed for polycyclic aromatic hydrocarbons (PAHs), volatile organic compounds (VOCs), and hydrogen cyanide during live-fire scenarios (excluding simulated smoke). Area air samples were analyzed for acid gases, aldehydes, isocyanates, and VOCs for all scenarios. For the live-fire scenarios, median personal air concentrations of benzene and PAHs exceeded applicable short-term exposure limits and were higher among firefighters than instructors. When comparing results by type of fuel, personal air concentrations of benzene and PAHs were higher for bravo OSB compared to other fuels. Median area air concentrations of aldehydes and isocyanates were also highest during the bravo OSB scenario, while pallet and straw produced the highest median concentrations of certain VOCs and acid gases. These results suggest usage of self-contained breathing apparatus (SCBA) by both instructors and firefighters is essential during training fires to reduce potential inhalation exposure. Efforts should be taken to clean skin and clothing as soon as possible after live-fire training to limit dermal absorption as well.

Firefighters are occupationally exposed to a number of airborne pollutants and contaminants during emergency fire responses, including polycyclic aromatic hydrocarbons (PAHs), volatile organic compounds (VOCs), polychlorinated biphenyls (PCBs), dioxins, plasticizers, flame retardants, hydrogen cyanide (HCN), hydrogen chloride, and other respirable particulates. Some of these compounds may also be produced during live-fire training, and may contribute substantially to firefighters’ exposure over their career, depending in part on the relative amount of time spent in training vs. emergency responses. Occupational exposure during training may also depend on the fuel package used in training, as the pyrolysis of OSB is different than the pyrolysis of pallet and straw.

A meta-analysis conducted in 2006 indicated that firefighters have increased risk of testicular, multiple myeloma, non-Hodgkins lymphoma, and prostate cancer. Following this meta-analysis, Daniels et al. conducted a retrospective study of 30,000 firefighters and found increased mortality and incidence risk for cancers of the esophagus, intestine, lung, kidney, and oral cavity, as well as mesothelioma. Daniels et al. also found a dose-response relationship between fire-runs and leukemia and fire hours and lung cancer. While a number of risk factors increase cancer risks, firefighters’ inhalation exposure to toxic combustion products like PAHs and benzene are thought to play an important role.

Many fire departments require live-fire training for their members in order to maintain competency and certifications. Often, firefighters and officers serve as instructors. Training fires may account for a large portion of firefighters and instructors’ total occupational exposure to airborne contaminants, particularly for instructors who may see three to five live fires per day over a period of several weeks or even months. These exposures may increase their risk of cancer, cardiovascular disease, and other chronic diseases. A recent study of fire instructors in Australia found a dose-response relationship between estimated training exposures and cancer incidence.

Fuels used for fire training varies, but often follows recommendations from National Fire Protection Association (NFPA) 1403 Standard on Live Fire Training Evolutions in an attempt to control the risk involved with live fires. Such training scenarios will often utilize fuels like pallets and straw, which tend to produce light grey smoke for obscuring visibility. Some training institutes will also use engineered wood products such as oriented strand board (OSB) in addition to pallet and straw to produce fire conditions that more closely replicate residential structure fires (e.g., darker smoke and higher temperatures). Other fire training programs have begun using simulation technologies like theatrical smoke or pepper fog to produce training environments, removing the live-fire scenarios altogether. While some dangerous airborne contaminants like PAHs and VOCs are expected to be low during simulated smoke exercises, chemical hazards like insoluble aerosols and formaldehyde have been measured at concentrations above or just below occupational exposure limits during these exercises.

A number of studies have investigated firefighters’ exposures during various types of live-fire training exercises, including those that used firewood, particle chipboard, plywood, and heating oil as fuel sources. These studies generally show that firefighters can be exposed to high airborne concentrations of aromatic hydrocarbons (e.g., benzene) and PAHs during training fires. However, the potential exposure from airborne toxicants during repeated training fires has not been fully characterized, and is of particular interest for instructors who may encounter several repeated exposures over a given year.

The primary goal of this study was to gain a better understanding of the concentrations of airborne contaminants (i.e., PAHs, VOCs, acid gases, isocyanates, aldehydes, and HCN) produced during training scenarios. Over a period of several days, firefighters and instructors conducted training scenarios involving pallet and straw, OSB, and simulated smoke. Personal air samples were collected from firefighters and instructors during scenarios involving two different types of OSB and pallet and straw. Area air measurements were collected inside the structure during active fire, as well as downwind from the fire and in the background before the fire was started for all scenarios.

This study design allowed us to investigate the hazardous airborne substances instructors and firefighters are exposed to during routine training scenarios with broad applicability in the U.S. fire service. By following the same methodology, we were also able to compare airborne contaminants from this study involving training fuels with our previous study where we examined controlled residential fires containing modern furnishings.

An Inside Look at Army Fire Apparatus Maintenance