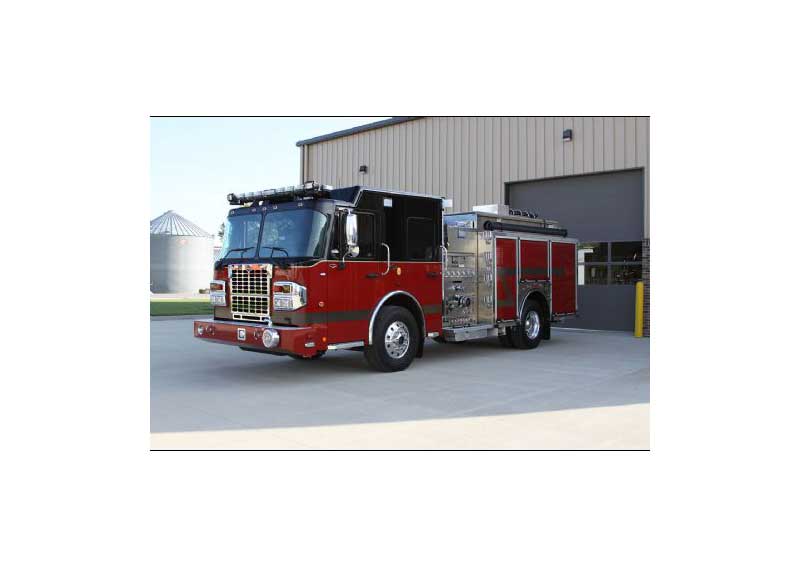 Geyserville, CA–In Sonoma County, California, the Geyserville Fire Protection District (GFPD) recently took delivery of a customized pumper from Toyne, Inc. The latest addition to its fleet comes at a time when the threat of wildfires is an ever-present concern for the district. Earlier this fall, members of the GFPD were among the countless number of first responders that worked tirelessly to contain the Kincade Fire – the largest wildfire to ever occur in Sonoma County.

GFPD’s new pumper is mounted on a Spartan Metro Star SMFD chassis and features a 10-inch raised roof cab. Fitted with a 380-horsepower Cummins ISL9 engine and an Allison 3000 EVS transmission, the apparatus is built with bolted stainless steel.

“We are very proud to deliver this pumper to the Geyserville Fire Protection District,” said Michael Schwabe, president and CEO of Toyne, Inc. “With their unwavering dedication in responding to emergencies on a moment’s notice, they deserve to have equipment and apparatus that are up to the task. And their Toyne Pumper is destined to serve and take the call without hesitation too.”

Formed in 1996, the Geyserville Fire Protection District serves more than 5,000 residents in Geyserville, Alexander Valley, Chalk Hill, Dry Creek Valley, and other unincorporated communities of northern Sonoma County, California. In total, the district covers more than 215 square miles of Wine Country. To protect the county’s largest fire district, GFPD utilizes three fire stations and a fleet of more than eight apparatus. The district is operated by two full-time and 31 volunteer firefighters. On average, crews respond to nearly 600 calls per year.

The pumper was sold to Geyserville by Hi-Tech Emergency Vehicle Service, Inc., a Toyne dealer based out of Oakdale, California.