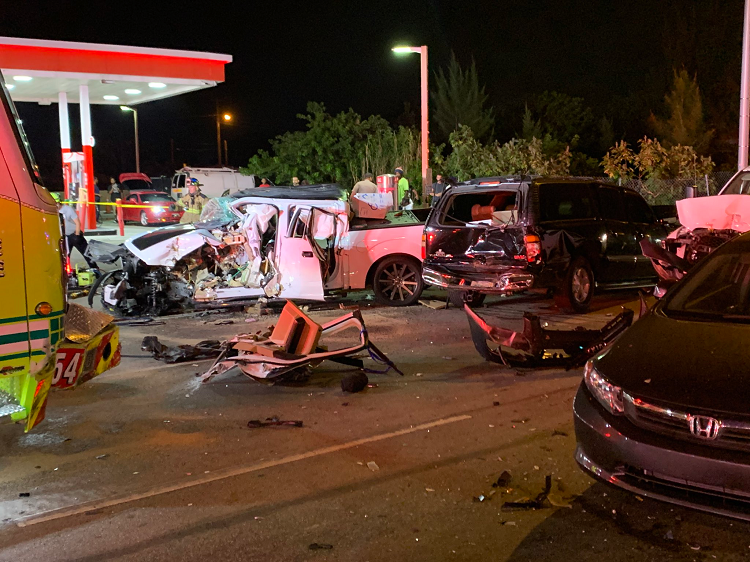 Fire engine and eight other vehicles in collision

The collision occurred at approximately 8:15 p.m. at the intersection of Northwest 27th Street and Opa-Locka Boulevard.

Investigators told WSVN that the fire engine was responding to a call when it collided with another vehicle.

Seven other vehicles collided as well.

Two victims had to extricated from their vehicles.

Six patients were taken to area hospitals.  There was no report on the conditions of the firefighters involved in the crash.