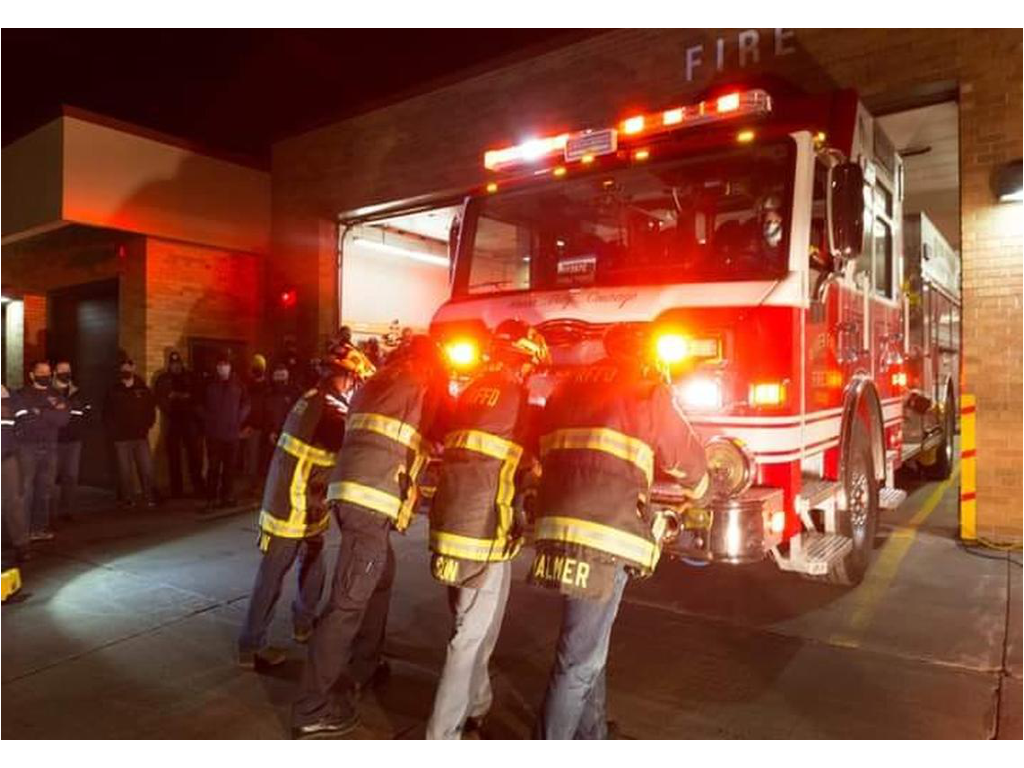 A new pumper purchased by the River Falls (MN) Fire Department, had been in service less than two hours before it rolled out for its first call, a fatal house explosion, according to a report published by the e-newspaper Rivertowns.net.

The new pumper built by Pierce had just been pushed back into the station during a traditional welcoming ceremony where it was christen Engine 20, the e-paper reported.

The new Pierce engine replaced Engine 7, a 1989 Ford, as part of the department’s 30-year pumper replacement policy, according to the report.

Firefighters and officials started planning for the purchase in May 2018 and spent hundreds of hours researching the next engine that would serve the community decades into the future, according to the paper.

The firefighters had just completed their ceremony and returned home for a business meeting when the call for the explosion came in.

According to fire officers, the new truck performed at its first call as expected, the paper reported.