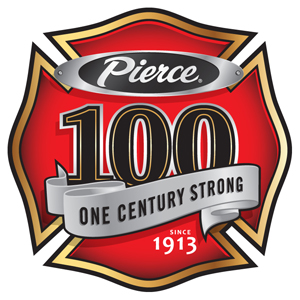 APPLETON—Pierce Manufacturing Inc. invites the public to the Pierce 100th Anniversary Stair Climb at historic Lambeau Field in Green Bay, Wisconsin, on July 14,beginning at 9:30 a.m. The general public, firefighters, and Pierce employees will take part in what is anticipated to be one of the largest 9-11 memorial stair climb events held in the country. The event is hosted by Pierce and is part of the company’s 100th Anniversary celebration weekend (July 13 and 14).

“Memorial stair climb events have been taking place for more than a decade, and are a fitting tribute to the firefighters who gave their lives during the tragic events of September 11, 2001,” says Jim Johnson, Oshkosh Corporation executive vice president and president Fire & Emergency. “By bringing people together at Lambeau Field for this first-ever event, our communities will be sending a signal of support and appreciation to firefighters, first responders and their families across the country.”

The Pierce 100th Anniversary Stair Climb pays tribute to the 343 firefighters who lost their lives at the World Trade Center on September 11, 2001. Members of the community are invited to climb the equivalent of 110 stories—the height of the fallen World Trade Center towers—on the steps of Lambeau Field. Each climber is given a badge, with the name and a photograph of one of the fallen firefighters, to symbolically complete the climb with one who couldn’t.

The Pierce 100th Anniversary Stair Climb is a memorial event, not a timed race, and participants can climb to any desired level. The cost is just $25, and preregistered participants will receive an official event T-shirt. All funds raised benefit the National Fallen Firefighters Foundation (NFFF) to assist the families of firefighters who have died in the line of duty. (Minors must be accompanied by an adult or guardian.)

Visit the bwww.piercemfg.com/100thStairClimb to register for the Open House and 9-11 Memorial Stair Climb event.