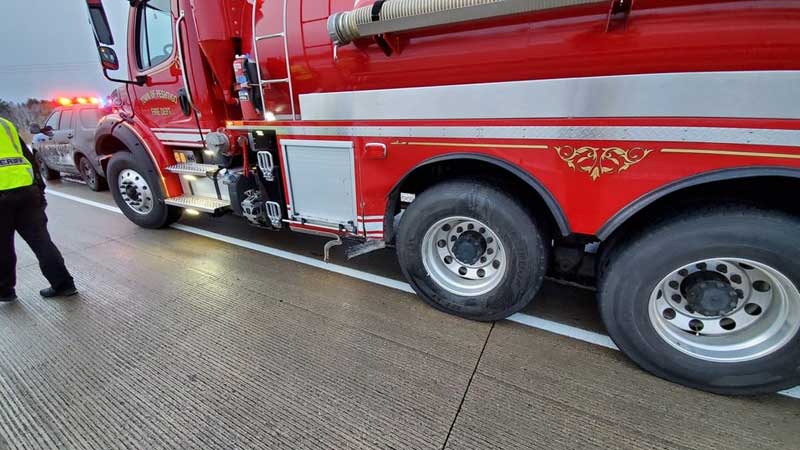 A water tender on scene at an accident was struck while at the scene. Town of Peshtigo Fire Department representatives say the truck was being used for protection at a crash. Firefighters were about to begin an extrication from a vehicle that had rolled over when the other crash occurred.

According to the department, a vehicle failed to slow down and hit another car and the fire truck. One firefighter dove out of the way to escape injury.

No one was hurt in the second crash. The department published photos on its Facebook page.