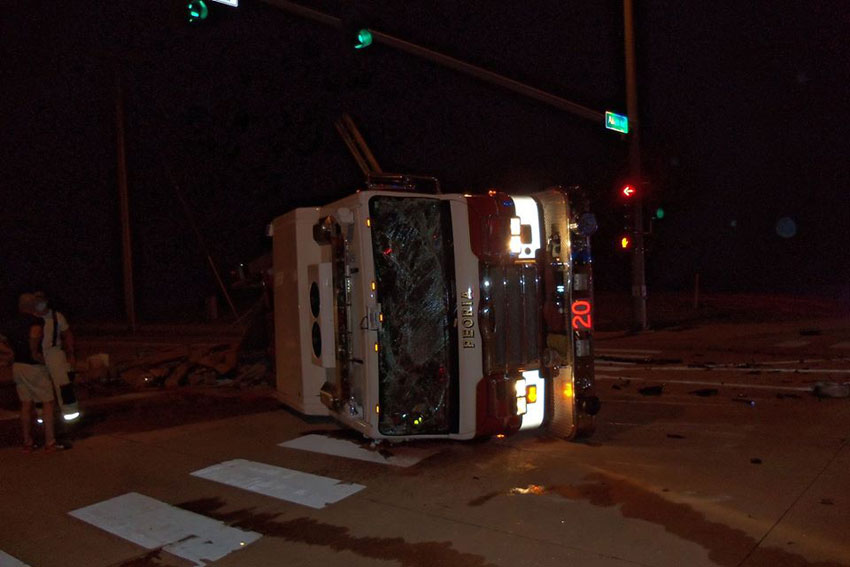 At approximately 0105 hrs. On 8/14/2020, Peoria Fire Department engine company 20 was involved in a two-vehicle accident at the intersection of Wilhelm and Allen Roads. E-20 was returning from a call in its territory when the accident took place. Engine 20 was eastbound on Wilhelm Road and in the intersection when it was struck on their rear driver’s side by a truck that was heading south on Allen Road. The impact caused the fire engine to spin a full 180 degrees and roll on to its side. The truck sustained major front-end damage. The crew of engine 20 notified dispatch that they had been involved in an MVA and requested a rescue box to check on the occupant of the truck and to assist them in exiting their fire apparatus.