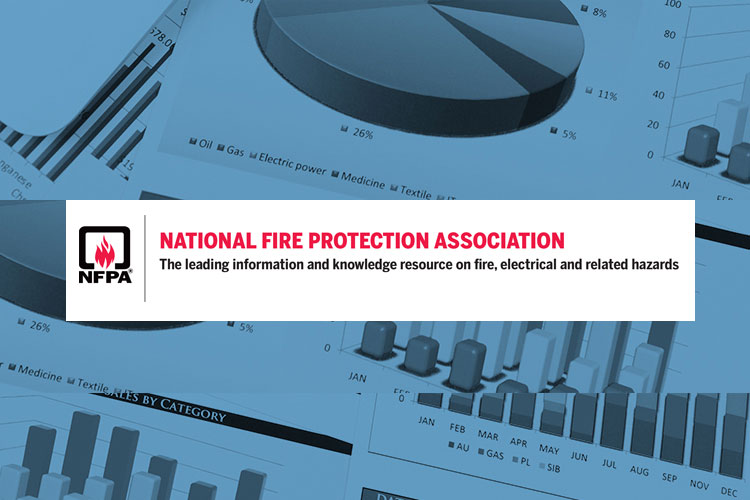 A rise in active shooter incidents and the escalating impact of hostile events has prompted the National Fire Protection Association (NFPA) to process NFPA 3000, Standard for Preparedness and Response to Active Shooter and/or Hostile Events as a provisional standard, which means it would be available for use as early as April, 2018. As part of the standards process, NFPA 3000 is now open for input until February 23, 2018.

This marks only the second time in NFPA’s 121-year history that provisional standard status has been authorized by the NFPA Standards Council.

Provisional standards are developed when there is a serious life safety concern that warrants an abbreviated standards development process. The typical standards cadence is condensed so that a standard can be issued in a shorter time period in the interest of the public; and in this case, first responder safety. The tragic trend of hostile events in the United States prompted the NFPA’s Standards Council to authorize processing of the provisional standard.

Although this standard will benefit authorities around the world, mass killings are largely a United States phenomenon accordingly to a recent CNN article. With just five percent of the world’s population, the U.S. holds the unfortunate title to 31 percent of all public mass shootings. Over the course of nearly 17 months from June of 2016 until early November 2017, a trio of domestic perpetrators inflicted nearly half the casualties that the nation witnessed during the course of a thirteen year period from 2000 through 2013. A shooting at the Pulse Nightclub in Orlando, Florida left 49 dead and 58 wounded on June 12, 2016; a massacre in Las Vegas, Nevada on October 1, 2017 killed 58 and wounded 441; and less than 35 days later on November 5th, a gunman took the lives of 27 and injured 20 more in Sutherland, Texas. These numbers reflect a dramatic increase based on the 160 incidents, 486 deaths and 557 injuries (not including suspect injuries or deaths) documented by the FBI during the years 2000 through 2013.

”Hostile events are happening with greater frequency and ferocity today. It’s critical that we take steps to protect people from this increasing threat,” NFPA President Jim Pauley said. “By employing the unified response outlined in NFPA 3000, first responders, facility managers, hospital officials, and community members can minimize risk before, during and after these devastating incidents.” Pauley added, “We were clearly hearing the need for such a standard from those on the frontlines. Through this process, we are able to respond quickly to provide a critical body of knowledge to those who are faced with such horrendous events, ultimately making them and the public safer.”

NFPA 3000 establishes preparedness, response and recovery benchmarks with a focus on integrated protocol, and civilian and responder safety. When issued, the standard will provide guidance for organizing, managing, and sustaining an active preparedness and response program so that the risk, effect, and impact of hostile events can be reduced.

Efforts to establish NFPA 3000 began in October 2016, shortly after the Pulse Nightclub incident.  A new NFPA Technical Committee comprised of representatives from the Department of Homeland Security; Department of Justice; the FBI; NSA; national police, fire and EMS organizations; hospitals; private security; and universities, was quickly formed. Initial public comments on the issue were gathered in just four months; the NFPA Standards Council unanimously approved the new standards project; and development of NFPA 3000 began in June.

For this release and other announcements about NFPA initiatives, research and resources, please visit the NFPA press room.

About the National Fire Protection Association (NFPA)
Founded in 1896, NFPA is a global, nonprofit organization devoted to eliminating death, injury, property and economic loss due to fire, electrical and related hazards. The association delivers information and knowledge through more than 300 consensus codes and standards, research, training, education, outreach and advocacy; and by partnering with others who share an interest in furthering the NFPA mission. For more information, visit www.nfpa.org. All NFPA codes and standards can be viewed online for free at www.nfpa.org/freeaccess.