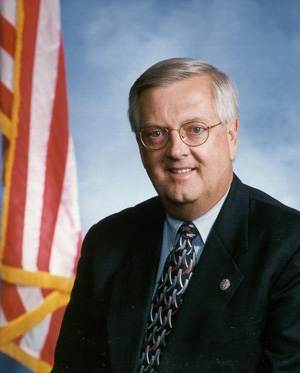 The National Fire Heritage Center, a private non-profit corporation, whose mission is to protect the legacy of those who have served in the discipline of fire protection, has chosen a national spokesperson for its efforts. Congressman Curt Weldon, who served for more than 20 years as a member of the United States Congress, has accepted the appointment, which was approved by the board of directors earlier this year. Weldon came to be known as “America’s Fire Chief” when he led the creation of the Congressional Fire Services Institute. That institution turns 25 this year.

As volunteer fire chief and mayor of Marcus Hook, Pennsylvania, he handled two of the largest energy disasters in the United States. Prior to going to Congress, he organized and served as volunteer administrator of fire/disaster training for a large suburban Philadelphia county. As a first-term member of congress, he organized and chaired the Congressional Fire and EMS Caucus. He is a member of the NFHC Hall of Legends, Legacies and Leaders.

Ron Coleman, President of the National Fire Heritage Center, stated that “there are very few people as recognizable in the fire service as Curt Weldon. He has been a leader, an advocate and a practitioner at all levels of government. He brings an element of commitment to our organization that truly represents why it is important to preserve the legacy of those who have served.”
Congressman Weldon coined the term “the awakening of the sleeping giant”. This phrase has been a rally cry for many who have become more involved in state and national efforts to improve the American Fire Service. His participation in the empowerment of men and women who serve as first responders is also reflected in his commitment to preserve the memory and legacy of those who have served.

“I am pleased and honored to have the opportunity to participate as a spokesperson for the National Fire Heritage Center”, states Congressman Weldon.