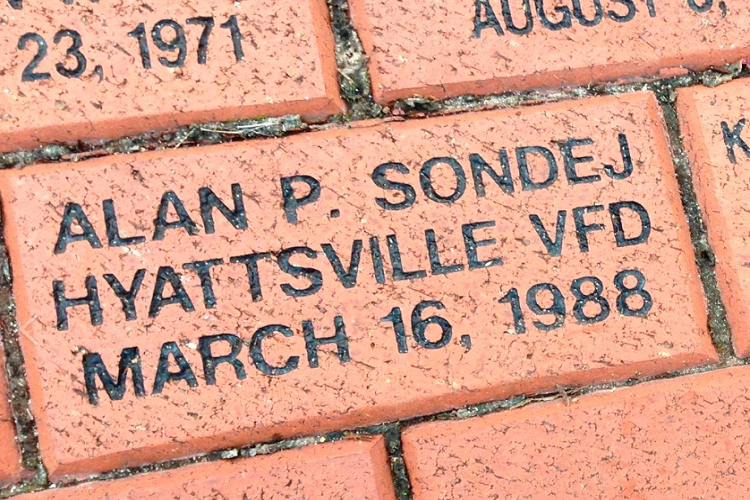 Emmitsburg, MD – Alan Patrick Sondej led a life of compassion and generosity. From his undergraduate days at Notre Dame University through adulthood, Sondej committed himself to helping others affected by poverty and hunger. He raised money for relief efforts and traveled the world to teach sustainable agriculture techniques.

Alan Sondej also gave his time and energy to helping his local community. A graduate student at the University of Maryland, Sondej was a live-in volunteer firefighter with the Hyattsville Volunteer Fire Department in Prince George’s County, Maryland from 1977 – 1988. It was on his last night with the department before heading back overseas to teach that tragedy struck. While battling a house fire, Firefighter Alan Sondej sustained serious burns which eventually claimed his life.

The scholarship will be formally introduced at the National Fallen Firefighters Foundation Al Sondej Memorial Scholarship Announcement & Alumni Event that will be held on Saturday, March 10th at 11:00 a.m. at the Hyattsville Volunteer Fire Department, 6200 Belcrest Road, Hyattsville, MD.

“We were overwhelmed when contacted about establishing the scholarship in Alan’s name,” said Chief Ron Siarnicki, Executive Director of the NFFF. “This year marks the 130th anniversary of Hyattsville Volunteer Fire Department. March 16 is also the 30th anniversary of Alan’s death. To be able to announce the scholarship at Hyattsville makes it that much more special for everyone.”

About the National Fallen Firefighters Foundation

The United States Congress created the National Fallen Firefighters Foundation to lead a nationwide effort to remember America’s fallen firefighters. Since 1992, the nonprofit Foundation has developed and expanded programs to honor fallen fire heroes and assist their families and coworkers. The Foundation also works closely with the U.S. Fire Administration to help prevent and reduce line-of-duty deaths and injuries. For more information on the NFFF and its programs – including the Scholarship Programs – visit  www.firehero.org.