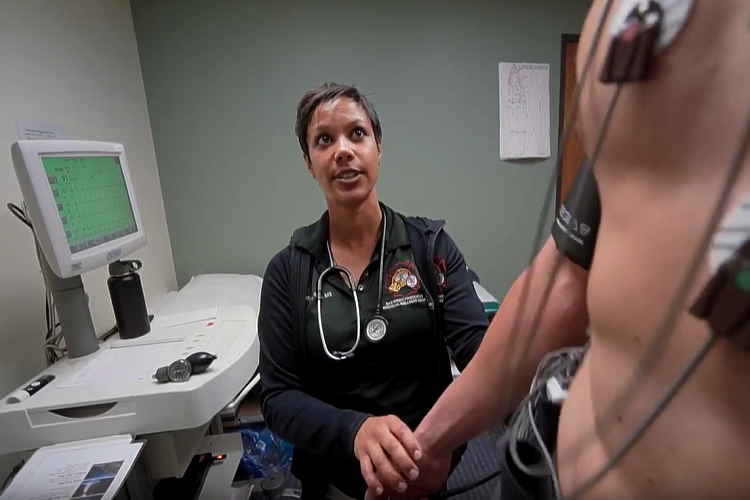 When you’re the fire chief everyone expects you to have the answers. This includes your bosses in local government and most importantly the firefighters you lead. Fire chiefs tend to think they know where the fire is going, whether it’s the burning building threatening to take out the whole block or an internal crisis that presents a serious challenge for a department.

In a new National Fallen Firefighters Foundation (NFFF) documentary featuring San Diego Fire-Rescue, Chief Brian Fennessy talks about one critical incident the department faced where he didn’t envision the difficult path it would take. The lessons learned from the June 24, 2015 stabbings of Firefighter/Paramedic Ben Vernon and Firefighter Alexander Wallbrett during an EMS response have now brought key changes to how the department addresses the psychological well-being of its firefighters and paramedics.

JEMS:
EMT and Paramedic Stabbed While Treating Drunk Man
Video Released of Stabbing of San Diego Firefighters
How One Paramedic is Recovering from PTSD

“In my mind they get healed, it turns into a pretty good story and we recognized them publicly for the heroics and life goes on,” Chief Fennessy told the producers of the National Fallen Firefighters Foundation (NFFF) video San Diego Fire-Rescue: Leadership So Everyone Goes Home. “Pretty naïve on my part. It certainly was not like that. Both suffered from varying degrees of PTSD, one very significantly.”

Another important attribute of firefighters and fire chiefs is quickly adapting to overcome the obstacles that prevent them from putting out the fire. In this case SDFD, working with other government agencies and the San Diego Fireman’s Relief Association, was able to put in place a counseling program to meet the needs of not just Vernon and Wallbrett, but the entire department.

The theme of firefighters adapting to the many challenges faced by a modern, progressive department runs throughout the 36-minute documentary. The video also looks at SDFD’s efforts to prevent cancer, heart disease and strokes, all killers of firefighters in numbers higher than the general population.

“These are not just local problems for San Diego Fire-Rescue. Trying to both prevent and deal with the consequences of PTSD, cancer, heart disease and stroke are key challenges for the entire fire service,” said Victor Stagnaro, NFFF’s managing director.  “Chief Fennessy and his department’s willingness to openly share their own struggles and successes will help guide firefighters throughout the country dealing with the same problems.”

In addition to honoring the nations firefighters who die in the line of duty and providing resources to support their families, NFFF has made prevention of firefighter deaths and injuries a key part of its mission. San Diego Fire-Rescue has been working closely with NFFF to support these efforts.

The documentary also shows how firefighter training impacts decision making at the emergency scene, with a focus on keeping both the public and firefighters safe. The video takes you inside a November2015 house fire where Engineer/Paramedic Joe Zakar and Engineer Dallas Higgins rescued two young children. Zakar believes the initial training they received as firefighters provided the foundation for getting the two children and themselves to safety.

The National Fallen Firefighters Foundation is releasing San Diego Fire-Rescue: Leadership So Everyone Goes Home on December 28. It’s available for free through NFFF’s Facebook pages and the YouTube channel NFFFTV.

NFFF executive director Ron Siarnicki says, “I believe San Diego Fire-Rescue shows us when a fire department and its chief don’t immediately have all the answers, how vital it is to find solutions that make the well-being of both the public and firefighters a priority. Heading into the new year this is a good reminder of the key fire service goal of trying to ensure that everyone goes home.”

Chief Siarnicki believes the lessons in San Diego Fire-Rescue: Leadership So Everyone Goes Home are not just for the fire service. “To address these challenges properly takes buy-in from political leaders and citizens. They ultimately provide the funding needed to help keep our nation’s firefighters safe.”