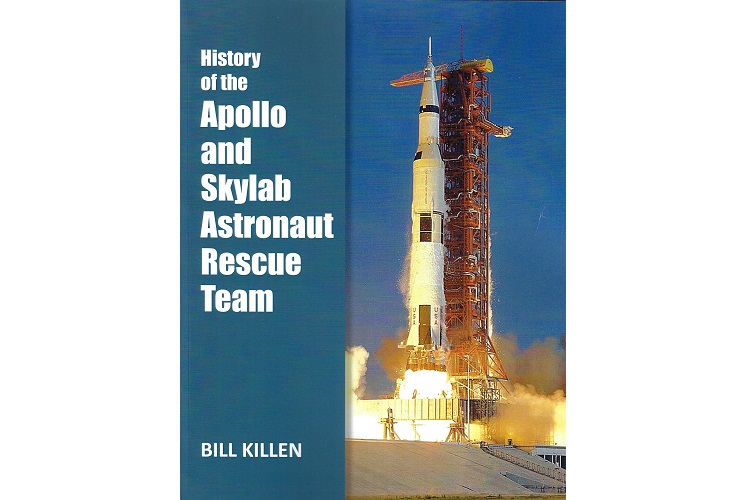 William D. “Bill” Killen, National Fire Heritage Center President/CEO and past president of the International Association of Fire Chiefs, has authored and published History of the Apollo and Skylab Astronaut Rescue Team.

The release of the 186-page book coincides with the 50th anniversary of Apollo 12, the sixth crewed flight in the United States Apollo program, and the second to land on the Moon. It was launched on November 14, 1969, from the Kennedy Space Center, Florida. The book contains more than 200 photographs and drawings, including several rare unpublished photographs depicting the procedures used to rescue astronauts from the Apollo and Skylab command modules. Killen is one of five surviving members of the original Apollo Astronaut Rescue Team and previously retired from the Holston Army Ammunition Plant, Kingsport, TN, and as Director, U.S. Navy Fire & Emergency Services, Washington, DC.

Proceeds from the sale of the book will benefit the National Fire Heritage Center, Emmitsburg, Maryland. Order forms are available through the following email address: Kirkbo65@charter.net