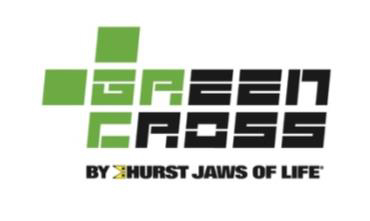 SHELBY, NC—HURST Jaws of Life® recognized more than 1,500 first responders from across the country with Green Cross honors last year, noting their dedicated efforts to save or free entrapped patients. The 1,541 recipients include fire fighters, emergency medical technicians and law enforcement officers from 28 U.S. states, Canada, and South America.

“The stories of dedication and heroism we hear from the first responders who use HURST Jaws of Life rescue tools are part of our inspiration to continually raise the bar in rescue tool performance,” said Bruce Johnston, director of marketing and product management for HURST Jaws of Life, which first presented the award in 1973. “We’re proud to share their mission of saving lives and we’re honored that they’ve chosen HURST Jaws of Life to be part of their team when the respond to a call.”

The honor is presented to individuals and team responses to incidents, such as a Web-site-featured story that recognized a team of 10 volunteer first responders in Mercer, Pennsylvania. East End Volunteer Fire Department responded to a multivehicle crash including an ambulance and four passenger vehicles with multiple entrapments.

“We had a wide range of age and experience, so I sent each officer to a different vehicle. It was almost three separate incidents,” said Chief Bill Finley Jr., describing a scene in which there were about 100 yards from one end of the crash site to the other end. “We had all three people out within 20 minutes of arriving at the scene. We were really proud of that.”

Finley said the team used a variety of tools from the HURST Jaws of Life eDRAULIC line, relying on the portability to quickly get to the patients, saying. “It’s not common to have multiple vehicles with entrapment, but we had our cordless rescue tools and could spread out and easily get from one vehicle to the other.”

First responders, their co-workers and supervisors can register for Green Cross honors online or by calling 704-487-6961 to request a registration form. Recognition includes a patch bearing the Green Cross symbol that should be applied to the first responder’s HURST Qualification Patch.