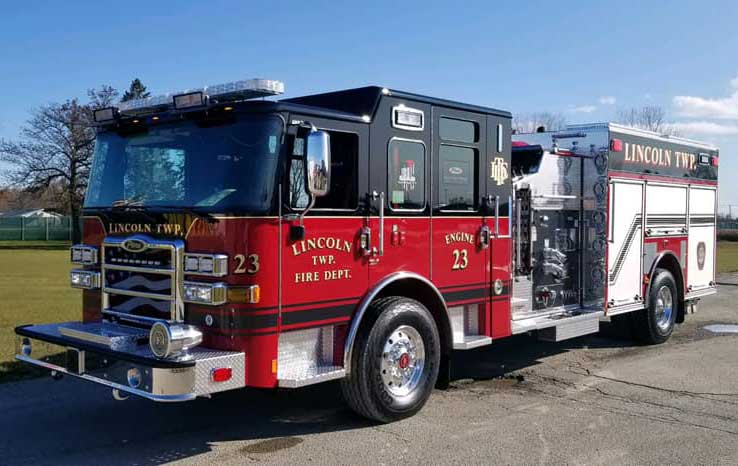 The Lincoln Charter Township (MI) Fire Department recently took delivery of a 2019 Pierce Enforcer pumper. It is expected to be in service shortly after Thanksgiving.

According to the department’s chief, the department chose to go with a more basic rig, stating that the truck it is replacing had many bells and whistles. He adds that two captains spent four months discussing what they wanted on the truck.

The chief states that the 2019 rig has more safety features and that the new one is more basic and will be quicker to train on.

Specs on the new truck include:

Majority Of New Pumpers Are Equipped With Class A Foam