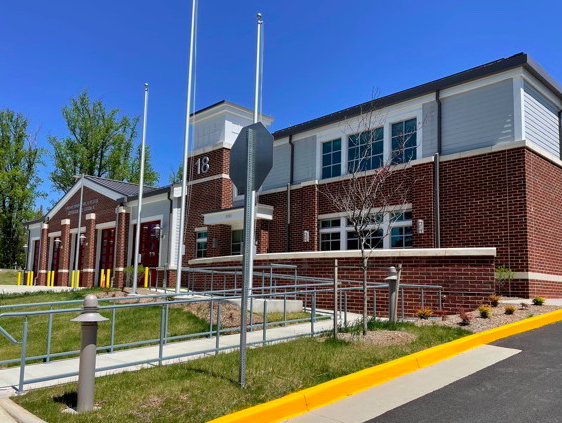 A ribbon-cutting ceremony is scheduled for a Jefferson Fire Station that has been completed two years behind schedule, reports The Annandale Blog.

The first floor has administrative offices, a kitchen, dining room, lounge, and conference room. There are bunk rooms, lockers, and an exercise room on the second floor.

Columbus (MS) Fire Station Damaged After Pickup Hits it at 60...