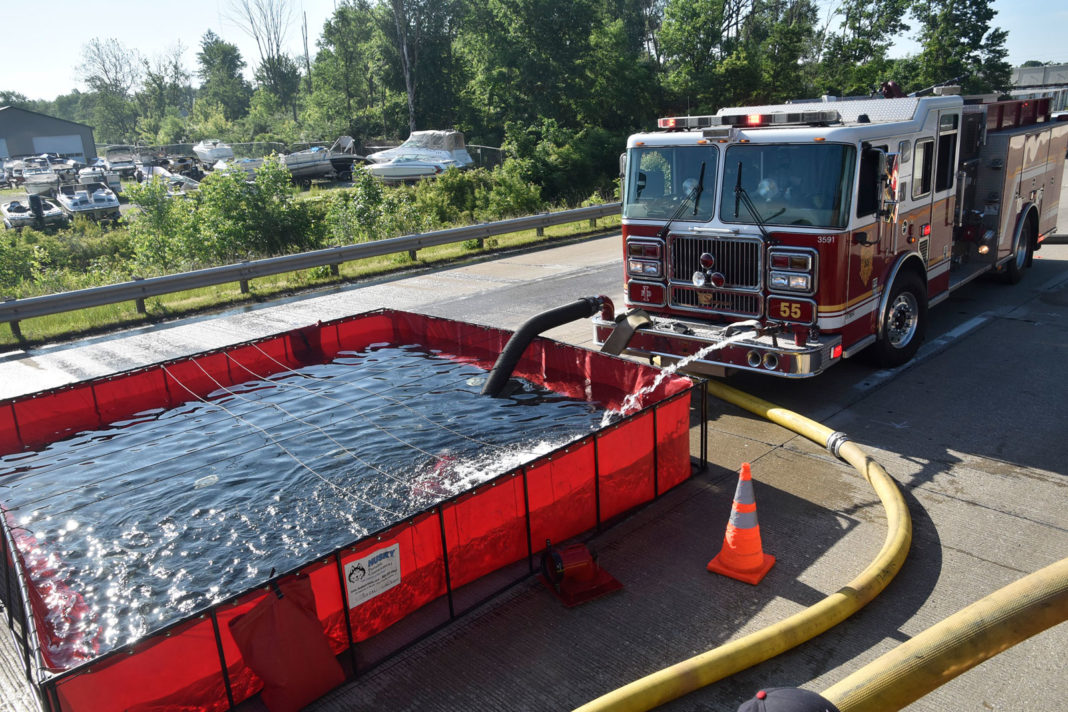 At this tanker fire on I-465 in Indianapolis, Indiana, the Indianapolis Fire Department (IFD) deployed 36 units, including three tankers and hazmat tactical teams. In addition, one unit from the City of Lawrence responded. The tanker was a semi truck hauling 3,000 gallons of fuel.

To extinguish the fire, IFD Foam Truck 19 used dual streams/monitors and a combination of water and Cold Fire (cooling agent) foam to extinguish both the tanker and surrounding vegetation. A guardrail also caught fire.

Marion County Health Department on scene to assess any possible issues with diesel fuel run off. Despite the use of booms, foam and powder by firefighters to contain the runoff, fuel did make it into the nearby creek and traveled north for about 1/2 mile.

The semi driver pulled to the side of the road after he heard a loud bang and noticed fire in his mirrors. He escaped unharmed.