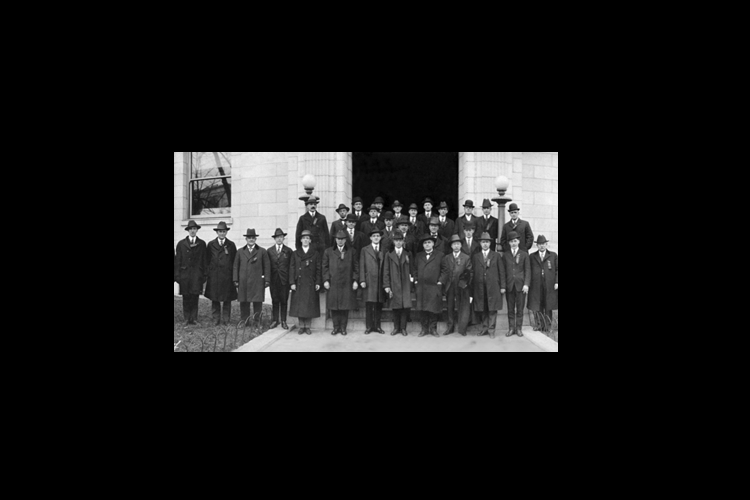 Fire alarms in community fire stations across the United States and Canada – from Boston to Vancouver to Hawaii and Guam– will ring simultaneously next Wednesday afternoon. These alarms will not alert fire fighters to jump on their rigs and race to danger as they always do. Instead, these emergency tones are intended to focus public attention and appreciation on 100 years of public safety accomplishment.

That specific time – Wednesday, February 28, 2018 at 2 p.m. – will mark the 100-year anniversary of the creation of the International Association of Fire Fighters (IAFF), which has been a leader in dramatically improving community safety.

One hundred years ago, the IAFF was established to give fire fighters a greater voice to make sure their communities stay safe and fire fighters stay safe in a deadly profession. Over those 100 years as the IAFF has grown stronger it has lead dramatic improvements in fire safety including better sprinklers, improved smoke alarms and public education.

The IAFF has made the job of firefighting safer, leading the way in providing a greater understanding of the hazards of fighting fires including deadly cancers and post-traumatic stress, spearheading improvements in treatment and prevention and forcing lawmakers across two nations change laws to protect their fire fighters.

Through the years the IAFF has grown both in numbers – now representing more than 310,000 fire fighters – and in influence, an organization highly respected throughout the fire service and among elected officials. Thanks to the IAFF, firefighting has become a coveted and profession requiring extensive skill and dedication but also offering better pay and benefits and admiration.

On Wednesday, selected (IAFF) local leaders will recreate an historic photo taken 100 years ago depicting the leaders of the original 24 local unions that came together to form the IAFF. Then at 2 p.m. the alarm will sound in hundreds of community fire stations from coast to coast, followed by a message from the IAFF. Those with scanners are encouraged to tune in. This historic event which also will be broadcast on Facebook LIVE.