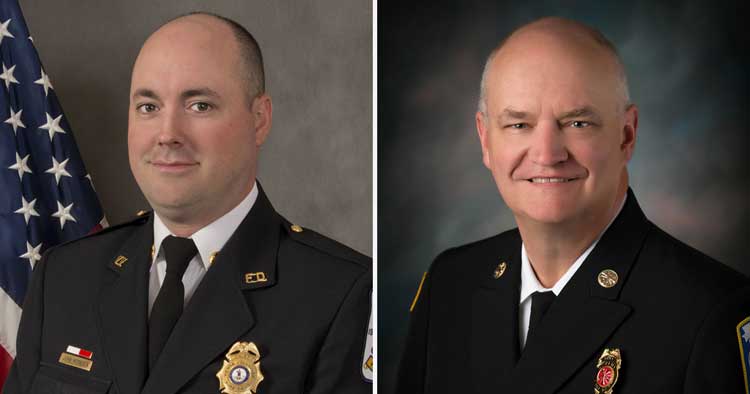 Each year since 1996, the Fire Chief of the Year award has recognized one volunteer and one career fire chief. A selection committee appointed by the IAFC reviewed nominations for active chiefs of departments that have shown exemplary contributions in the areas of leadership, innovation, professional development, integrity, public service, and contributions to the fire service.

“We enjoy every opportunity to recognize the brave men and women in the fire service, and as the sponsor of the annual IAFC Fire Chief of the Year Awards, we look forward to the time each year when we announce the honorees,” said Jim Johnson, president of Pierce Manufacturing. “Chief Morrison and Chief Clack are exemplary leaders who embrace their work with professionalism, tenacity, compassion, and an ability to inspire others. On behalf of the Pierce Manufacturing team, I’d like to share our appreciation for their work, as well as extend a warm congratulations to Chiefs Morrison and Clack.” 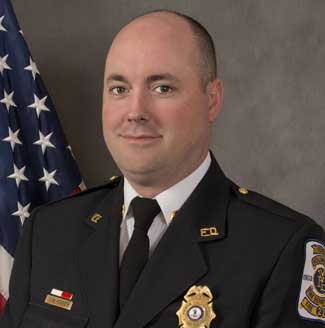 Volunteer Fire Chief Honoree John Morrison
At the young age of 16 years old, Chief John Morrison began volunteering with the Vienna Volunteer Fire Department and quickly became an emergency medical technician (EMT). Over the last 23 years, Morrison has held a solid vision for the department, as well as employing remarkable leadership skills, to build the admirable community-based organization the Vienna Volunteer Fire Department is today. Throughout his years of service, a commitment to volunteerism and his community propelled Morrison up the ranks from EMT, to firefighter in 2002, and on to his current role as chief, which he began nearly a decade ago in 2010. As chief, he oversees the operations and training of more than 60 volunteers. His ability to build relationships and work with both volunteer members and career staff assigned to the Vienna VFD has allowed his department to increase operational and training hours by 44 percent over 10 years. Morrison is employed as a senior lead technologist at Booz Allen Hamilton.

Some of his most notable accomplishments include:

Through his innovative development of solutions and dedication to his work, Morrison exemplifies the standards exhibited by a Fire Chief of the Year. 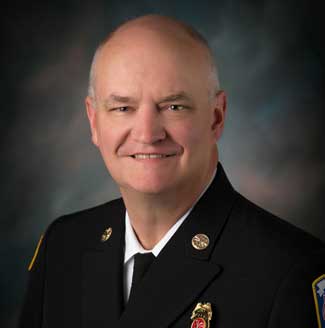 Chief James Clack’s distinguished career in the fire service began over 33 years ago. Starting in 1986 as a rookie firefighter at Station 6 in Downtown Minneapolis and moving up the ranks over the course of the next 20 years, Clack was able to demonstrate excellent leadership abilities. This led to his appointment as chief with Minnesota’s largest fire department in 2006. A few years later, as an executive fire officer, he became the first chief appointed from outside the fire department in the history of Baltimore City, Maryland. Most recently, taking on an entirely different challenge, Clack was sworn in as fhief of the Ankeny Fire Department in 2014, a suburban community that is considered to be one of the fastest growing cities in the United States.

In addition to his commitment to fire service, Clack has embodied servant leadership and a passion for mentorship as an Army veteran, a volunteer animal rescue pilot and a Catholic Deacon. While serving as Chief in Baltimore, he reestablished a nonprofit foundation to financially help firefighters and their families who are hurt in the line of duty. Based on his many accomplishments in the fire service, he was named an “Outstanding Alumni” at the University of Minnesota-Crookston in 2010. His caring and compassionate personality extends to how he manages his personnel. All department members are taught “Chief Clack’s Leadership Values”—concepts that have proven to contribute to organizational success. Some of Clack’s other notable accomplishments include:

A consummate professional with simple values that have proven to make a significant difference, Chief Clack embodies what it means to be a Fire Chief of the Year.