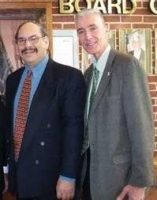 OCTOBER 24–Harvey Eisner, editor emeritus of Firehouse, passed away last night from complications from diabetes. Eisner started his career at Firehouse in 1976 as a photographer and worked his way up to editor in chief in 1982. He was program director for Firehouse Expo, Firehouse World, and Firehouse Central. He also worked full time in the Bronx District Attorney’s office as a crime scene photographer and a videographer before he retired.

He was a retired assistant chief of the Tenafly (NJ) Fire Department, which he joined in 1975. He served as chief of that department for 12 years.

When he attended Oklahoma State University, he was a firefighter with the Stillwater (OK) Fire Department. He was an honorary assistant chief of the Fire Department of New York and the author of the acclaimed book WTC: In Their Own Words. 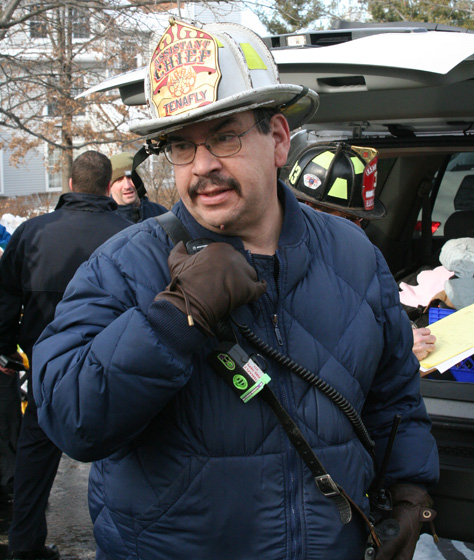 Bobby Halton, editor in chief of Fire Engineering, says: “We lost a dear friend and a great contributor to the fire service who spent his entire life providing people with good information in an honest and straightforward way. The fire service is mourning a tremendous loss.”

Eric Roden, editor in chief of Fire Rescue, says: “Harvey Eisner was a stalwart not only in the fire service publishing world but in the entire fire service. I am happy to have had great conversations with him about the things the fire service was up to and appreciated his support. Like everyone, I will miss his guidance, and the fire service is in a much better place thanks to his work.”

Diane Rothschild, executive editor of Fire Engineering for 25 years, says, “Harvey was always a fixture at our fire shows and his fire shows. We would meet in the aisles of the exhibit halls and compare notes—on publishing, on fire publishing, and on the fire service personalities who made up our great professions. He certainly was one of those personalities, and it is hard to imagine a show—or fire publishing—without him.”

Lieutenant Michael N. Ciampo, Fire Department of New York, and Fire Engineering “On Fire” columnists, says: “Harvey was an icon in the fire service around the world. He took the top stories a step farther by having personal interviews with those involved, shedding insight into the tragedies and those lessons learned.  He also took training to new levels and was committed to making all of us better firefighters.  He’ll truly be missed, especially at any hour of the day at a job riding with the FDNY. Thank you, Harvey, for the friendship, brotherhood, and letting me read your writings and shaping my career as an instructor and firefighter.”

Deputy Chief Billy Goldfeder, Loveland-Symmes (OH) Fire Department, longtime contributor to Firehouse and Fire Rescue, says: “There is not a single firefighter on the streets today that Harvey didn’t positively influence in his teachings, writings and amazing photography. Harvey was a dear friend to us and so many and a true brother to all in the fire service.”

Michael Dugan, a longtime contributor to Firehouse and current “Fire Focus” columnist for Fire Engineering, adds: “Harvey Eisner was one of the nicest men in the world. He was there to be a fireman and a fireman’s friend. He was truly a nice person to everyone in the fire service, and he will be truly missed.”

Glenn P. Corbett, Fire Engineering technical editor and professor of fire science at John Jay College in New York City, says: “Harvey was the consummate professional. He was a great presence in the fire service, a legend for his fire photography expertise. He was a strong advocate for the best interests of the fire service and firefighters. For those of us in the New York City area, he will be especially missed for his friendship and collegiality.”