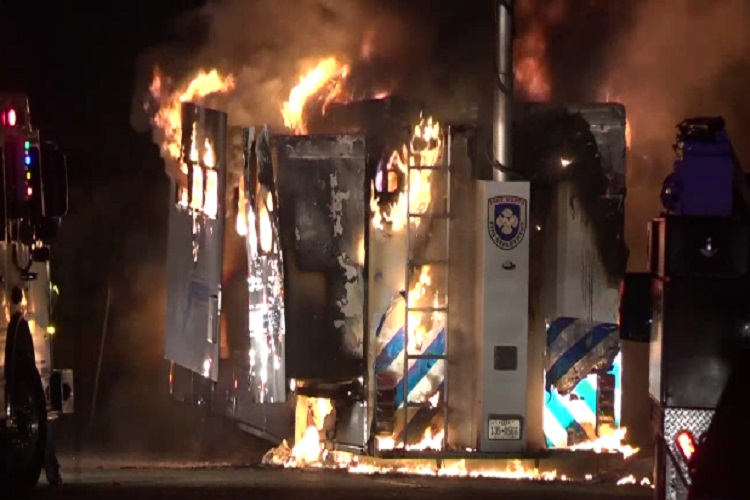 FORT WORTH (NBCDFW.com) – A Union Pacific freight train carrying ethanol careened off its tracks in a Fort Worth neighborhood Wednesday and burst into flames, prompting an evacuation of nearby homes and a hazardous materials response.

It happened at about 12:40 a.m. near the 3200 block of Yuma Street, on the city’s southeast side and near Echo Lake. The National Transportation Safety Board, which is investigating, said about 20 rail cars derailed and five tank cars caught fire.

Meanwhile, a Fort Worth Fire Department mobile command unit responding to the scene caught fire after its tower camera came into contact with overhead power lines, firefighters said. No one was hurt, but the truck was destroyed. Bought in 2008, it cost $1.25 million, the department said. MORE