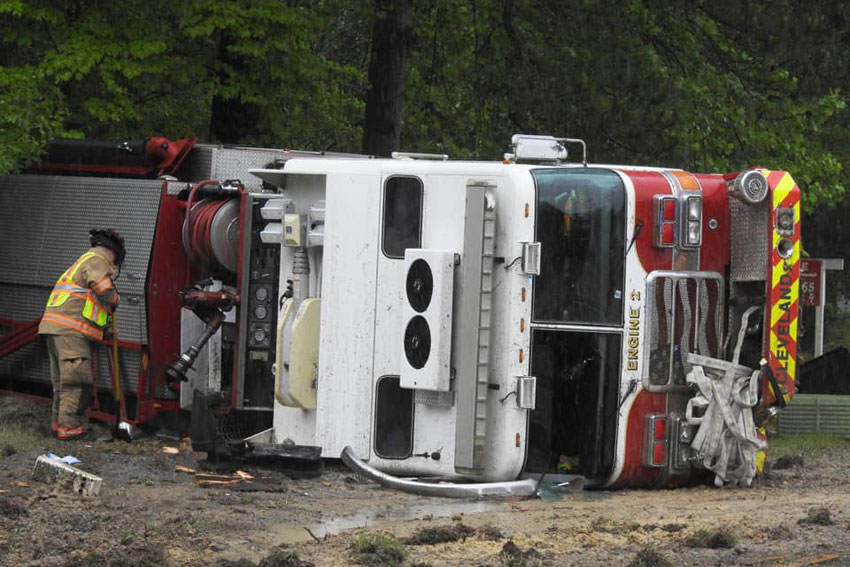 On April 30, three firefighters from the Cleveland Fire Department, Clayton, North Carolina, were treated and released from the hospital after a fire apparatus in which they were traveling was involved in an accident while responding to a fire.

Two of the department’s rigs were responding to a fire when Engine 2 hit standing water and began to hydroplane. The vehicle crossed the road, hit a ditch, struck a tree, and rolled on it side.