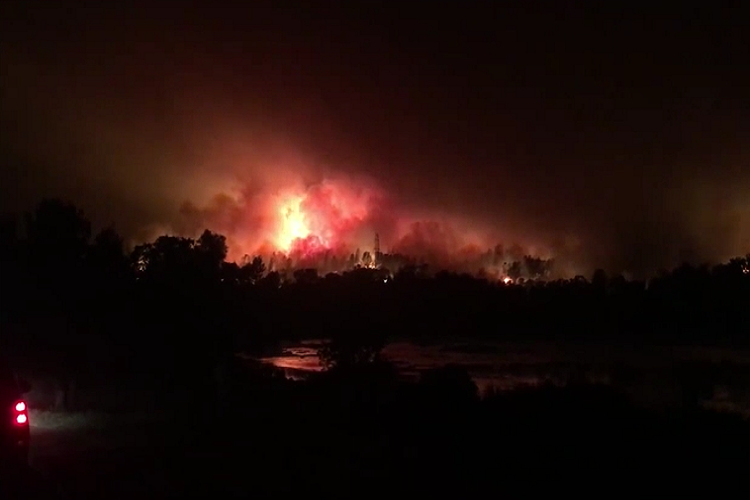 REDDING, Calif. – A Redding firefighter and bulldozer operator have died in the so-called Carr Fire, an explosive wildfire in Northern California.

According to Cal Fire, the blaze is approximately 44,450 acres and is 3 percent contained as of Friday morning.

Flames swept through the communities of Shasta and Keswick before jumping the Sacramento River and reaching Redding, a city of about 92,000 people and the largest in the region.

The Carr Fire is “taking down everything in its path,” said Scott McLean, a CalFire spokesman for the crews battling the blaze.