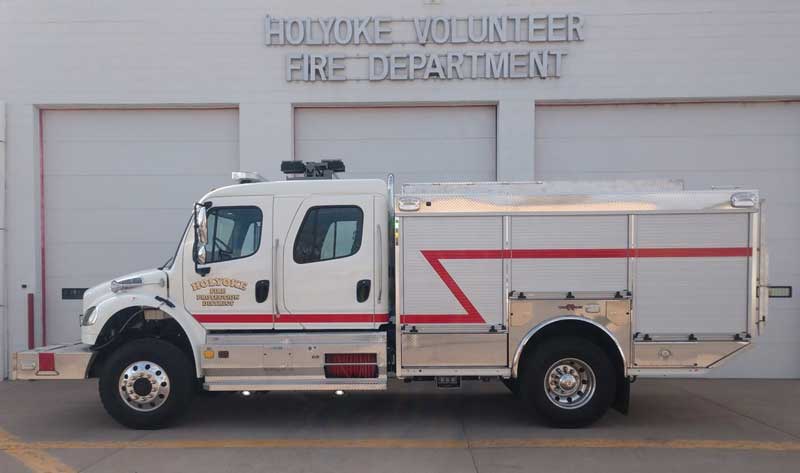 The “Timberwolf” rig was built by Rosenbauer of Minnesota and was sold to the company by MaxFire Apparatus, Rosenbauer’s Colorado dealer.

The new truck was made possible by a mill levy increase by voters in November 2017. Four truck committee members traveled to the manufacturer in August 2018 and September 30, 2019 for final inspection.

The rig has four-wheel drive and a Cummins 350-hp engine. It has a 750-gallon water tank and a 1,000-gpm pump. It has a four-door cab and chassis, allowing four personnel to ride in it, vs. its 1989 apparatus, which only had a two-person cab.

It also has a front bumper nozzle and pump-and-roll ability. Its deck gun can flow 1,000 gpm. It also featuers a Command Light light tower.

The 1989 truck will remain in the department as a reserve rig.

Freightliner/Ford/Polaris Fleet of the Day