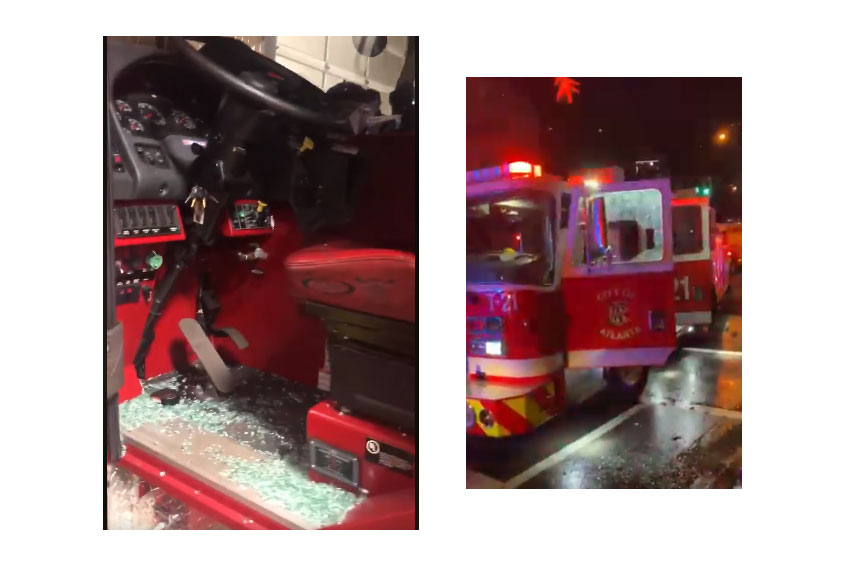 In Atlanta, looters and vandals looted Phipps Plaza and a Target store. On May 30, with riots still ongoing, an Atlanta Fire Rescue unit was responding to a structure fire at a restaurant suffered damage as it tried to respond.

Also in Georgia, the Sandy Springs (GA) Fire Department responded to assist Atlanta. While responding, the truck was attacked with bricks and rocks. The crew was able to reach the location of the fire to assist.