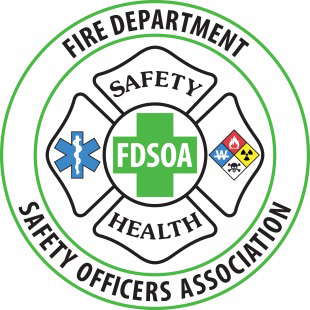 Sandy Davis, former chairman of the Fire Department Safety Officers Association (FDSOA), passed away Friday, November 3, after battling colorectal cancer. Sandy was 62 years old. Davis served on the FDSOA Board of Directors for 12 years and was a popular speaker at conferences across the U.S. and Canada.

After being diagnosed with colorectal cancer in 2013, Davis made it his mission to increase firefighter awareness to wear PPE at every incident. In 2015, Davis and John Phelan, a Shreveport firefighter, produced a five-minute video in 2015 for firefighters about the importance of wearing their PPE “Every incident, every time.” In the video, Davis states, “The colostomy bag is my PPE now.” He added that many nights he would lie awake wondering if wearing turnout gear would have prevented his colon cancer.

“Sandy Davis was a great contributor to the FDSOA and we are all grateful to him,” said Rich Marinucci, executive director of the FDSOA. “Safety officers have become a more vital part of the fire service and Sandy’s messages on firefighter cancer were powerful. Rest in peace.”

Michael Petroff, former FDSOA Chair, served on the board many years with Davis. “Sandy was a mentor and a friend. Even during his illness, after his term as chairman of the FDSOA, he assisted in the search and hiring of Director Rich Marinucci,” said Petroff. “Sandy always had a smile and a story to tell. Some of his stories could even be repeated in polite company. I know he was a devoted family man and a dedicated public servant. His Facebook post about wearing PPE speaks of his character and concern for others.”

A funeral service was held on Tuesday, November 7th, in Shreveport, Louisiana.

Firefighter Cancer: Not All Firefighters Make it Home

How Can We Kill the ‘Toxic Snake’ of Cancer?

Occupational Cancer and the Fire Service