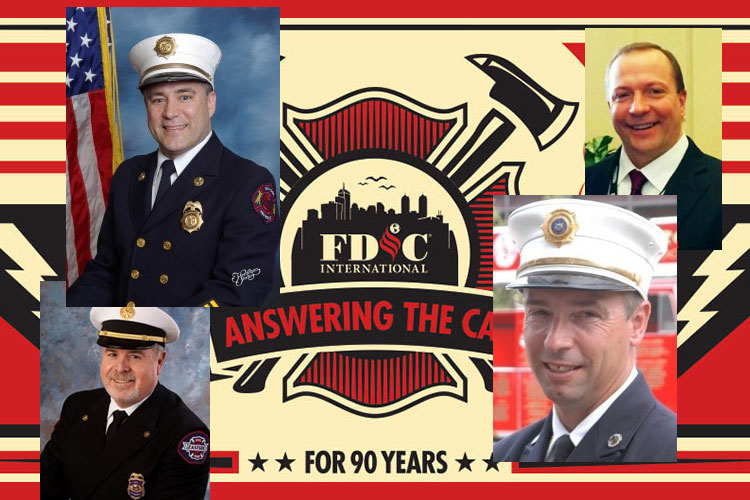 “During the past year, was there an event, an occurrence, or a bit of knowledge you came across that moved you to think, “Wow! I must remember to include that in my FDIC class or workshop this year?”

“The greatest expectation of this Xbox generation is get clear expectations!” according to Tiger Schmittendorf, regarding his Monday, April 24 (8am-12pm), workshop, “From the Xbox to the Box Alarm: Understanding and Engaging Today’s Firefighters.”

“My generation has unrealistic expectations of today’s generation. We assume that they should just know something that is common sense to us. A young Xbox generation firefighter and U.S. Marine recruiter, Alex Sutter of the Waldorf (MD) Volunteer Fire Department, immediately emphatically posed the question, “Do we need to hold up a sign that says, ‘I want your help. I want to learn from you?’ ”

“I immediately scrawled a makeshift sign that said exactly that. Before he could turn his sign toward the more seasoned firefighters, his fellow firefighter Ryan Allen edited the sign and chimed in, “We want your help. We want to learn from you!”

It was a breakthrough moment for the more experienced firefighters participating in the conversation, and reinforced my purpose for sharing the conversation: Changing our perspective that the Xbox generation are all ‘unmotivated-slackers’ to the more realistic one that most of them are simply starved for strong, effective leadership.

“The harsh reality is that there is no alternate generation hanging out in a parallel universe waiting to swoop down and save the fire service. They are it. They’re here now, and they have many of the answers to how we can connect with them. We need to get on with the business of training our replacements.” 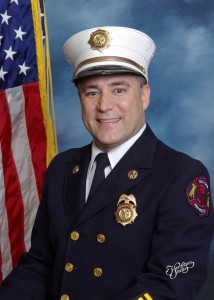 A video of an enraged motorist deliberately driving her car into the fire apparatus blocking the road is a new element in Tom Merrill’s Monday, April 24, 1:30pm-5:30pm afternoon workshop, “The Professional Volunteer Fire Department.”

“She drove at a decent rate of speed into the front end of a pumper truck. Fortunately, no firefighters were injured, but certainly there was damage to the fire engine. Wow! If that doesn’t remind us that we are dealing with a different mindset today, nothing will.”

According to Merrill, it’s “just one example of how different the world is today and how much more scrutinizing the public is about everything─even when it comes to the operations of their local volunteer fire department.”

“In years past, a volunteer fire department was a treasured community asset and, fortunately, still is in many areas,” he added. But “I am just a volunteer” cannot be used as a crutch today for poor performance, bad behavior, or for members not being held accountable. “It can be a nasty world out there, and nobody get a free pass,” according to Merrill. Paid or volunteer, it’s imperative to operate in a professional manner,” he concluded. 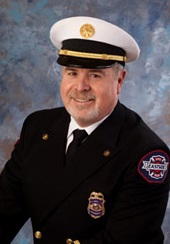 “Most disturbing today is the amount of discrimination among our firefighters and the amazing amount of money paid out to resolve these issues,” John K. Murphy said, discussing his Monday, April 24 130pm to 530pm workshop “Preventing Legal Fires: What Is Important to You and the Fire Service?”

As a lecturer on legal issues affecting the fire service and related topics, Murphy hears firsthand from those affected and their departments and works with them. “Legal near misses are probably not as exciting as those on the fireground. Trust me, administrators of your department are as excited about them as a firefighter would be toward an event on the fireground,” he continued.

His workshop focuses on those near misses with long-term and lasting effects on your personnel, your fire department, and the fire service in general. “There are plenty of laws and policies in place; this class reinforces those laws and policies and seeks to have the fire service look at all of our employees as equals and to treat them accordingly.”

“During my 32-year active firefighter career, I never thought the legal ramifications of my activities could jeopardize my career or the success of my fire department, mostly because of my ignorance of the law and my work/career attitude. As I was looking to pay-it-forward to the fire service after retirement, I attained my law degree to better understand the intricate aspects of the law and its interaction with fire service activities at all levels.”

Billy Greenwood shared an inspriration for his Tuesday (April 25, 8am-12pm) workshop, “Extreme Leadership: Next Generation of Leading, Coaching, and Mentoring.”

“On January 30, 2016, I had a serious skiing accident. I worked my butt off to recover and make it to FDIC International 2016 so I didn’t have to cancel my teaching engagements. My Extreme Leadership program uses my personal account of this incident to introduce FDIC attendees to my Extreme Leadership mindset.

“I explain why I couldn’t make rational decisions under these extremely stressful and painful times. I couldn’t even remember that I had a phone in my coat pocket to call for help while I was lying in the woods trying to breathe.  All I could put together was that I needed to crawl back to the trail head (where I came from) just in case I passed out (or died) and that, hopefully, someone would find me. I had a concussion, five broken ribs, a contused left lung (making it difficult to breathe), a damaged left kidney, and a lacerated spleen.”

Using his personal experience, Greenwood will explain in detail the science of what the body and mind go through during extreme stressful incidents, the fight or flight mechanism; what chemicals are dumped for survival and why making decisions from your limbic portion of the brain (survival mode) vs. the frontal lobe for (rationale decision making) occurs.

“The incident is a great example of what we go through during stressful times. My Extreme Leadership program is based from a three-phase leadership program: Intellectual Intelligence (IQ), the minimum education to function in the position; Emotional Intelligence(EQ), how well you can work through, acknowledge stress or avoid stress paralysis; and Interpersonal Dynamics (Personality), how well we can understand our person nel to better communicate and gain positive engagement. All three phases are greatly affected when making decisions under stressful or nonstressful incidents.” 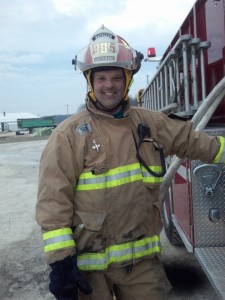 “As an insurance risk control consultant, I find something every single day in every facility I tour that would be important for a firefighter or medical responder to know prior to an emergency. Unfortunately, the people who see it every day have no idea how important that information may be to firefighters,” Ben Peetz says about his Tuesday, April 25 130pm-530pm workshop, “Preplanning and Inspecting Manufacturing and Industrial Facilities.”

“Most people who work in business or industry have little background in emergency response, and they have difficulty seeing all of the “what-ifs” that exist within their respective facilities. Emergency responders must make ourselves aware of the various operations that occur in a facility, and the new and evolving technologies that could affect our safety and ability to respond.”

Analyzing such operations from “when something happens,” rather than “if something happens,” responders can better prepare ourselves for that moment. Peetz will throw a wide variety of situations at participants for them to learn how to perform a complete assessment of a given industrial or manufacturing facility for all of the potential hazards and response challenges.